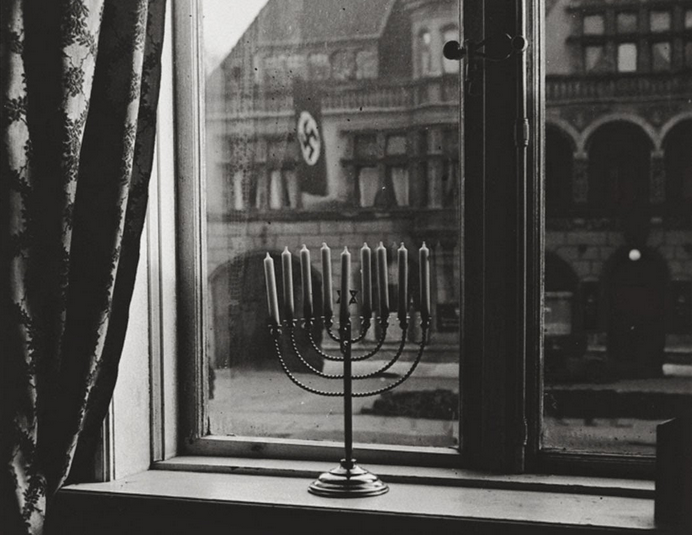 In 1931, the last night Chanukah fell on Friday evening. In Kiel, Germany, a small town with a Jewish population of 500, Rabbi Akiva Boruch Posner was hurrying to light the Menorah before the Shabbat set in.

Directly across the Posner’s home stood the Nazi headquarters in Kiel, displaying the ominous Nazi Party flag in.

Rabbi Posner’s wife, Rachel, snapped a photo of the lit Menorah and captured the Nazi building and flag in the background.

Both the menorah and the photo survived the war, finding their way to Yad Vashem through the loan of Yehudah Mansbuch.

When Yad Vashem was putting together its plans to open the Holocaust History Museum, a team of researchers set out to learn more about this famous photo.

Their research led to Mansbuch, who explained how his grandparents had lived under Nazi rule in Kiel, Germany, before seeking refuge in then-Palestine in 1934.

Today, Mansbuch lives in Haifa with his family.

Each Hanukkah, Yad Vashem returns the now famous menorah to the family, who light the candles for the duration of the holiday before returning the piece of history back to the museum.