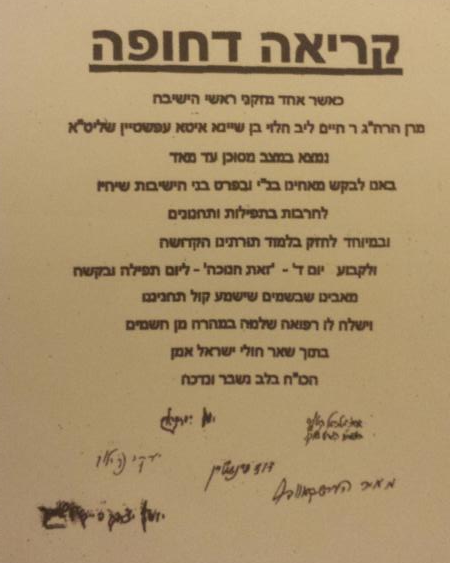 The following was sent to YWN by the Agudath Israel of America:

We have received the following request to be Mispallel for HoRav Chaim Leib Epstein Shlita, one of the ‘Ziknei Rosh HaYeshiva’.

Rav Epstein is seriously ill, and the Roshei Yeshiva signed below request that Wednesday, Zos Chanukah, be set as a day of tefillah for a Refuah Shlaimah for “Chaim Leib haLevi ben Shaina Ita” b’soch shaar cholei Yisroel.

The attached letter was signed by: