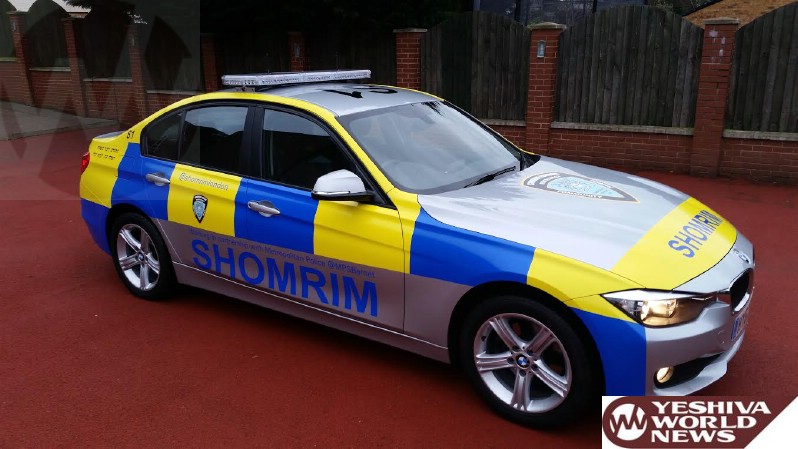 Shomrim NW London held their annual Chanukah party on Monday night at Od Yosef Chai Hall. One of the highlights was the unveiling of their first patrol vehicle, which was generously donated in memory of Rivka bas Yaakov. To highlight Shomrim’s co-operation with the police, the car also carries the message ‘Working in partnership with the Metropolitan Police – MPS Barnet’.

In 2013 the Shomrim NW London Hotline had over 3200 calls to incidents in Golders Green and Hendon alone. Shomrim NW London are now trying to reduce the calls and crime by acting pro-actively rather than reactively. It is hoped that the patrol vehicle will assist in this area, by acting as a visual deterrent, so that potential criminals are aware that there is a security presence in the area. The vehicle will be driven by Shomrim volunteers during the week and by a non-Jew over Shabbos.

The evening was chaired by Mr Gavriel Ost, the Chief Executive of Shomrim NW London. He welcomed the guests and introduced Rabbi Shimon Winegarten who spoke about the work of Shomrim and how its members viewed their work as part of their civic duty. Rabbi Winegarten thanked the police for all their efforts in keeping both the Jewish community and the wider community safe.

The Mayor of Barnet, Cllr Hugh Rayner congratulated Shomrim for their important work in maintaining the security of the community. He presented an award for Diversity, Community Cohesion and Professionalism to Detective Superintendent Mark Strugnell, formerly of MPS Barnet. Det Supt Strugnell told Hamodia that it was a “real pleasure and a humbling experience to receive the award.” He said, “It is lovely to receive this on the back of the joint work of Shomrim and the police. There were a many occasions during my time in Barnet when Shomrim were able to assist the police greatly in their work.”

Rabbi Winegarten presented an award for Community Engagement to Cllr Brian Gordon. Cllr Gordon has a long-standing relationship with Shomrim, going back to the first meeting held with the police when the idea of forming the organisation was mooted. He told Hamodia, “I’m proud to be associated with Shomrim, due to their sincere desire to protect our community, their determination to work with the Police and to follow rabbinic guidance at all times.” 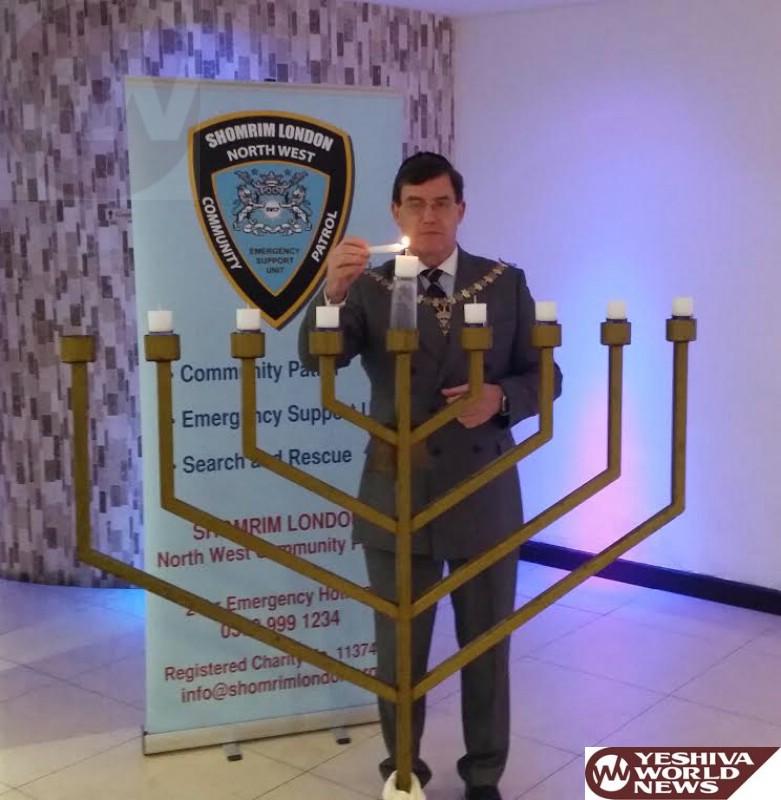 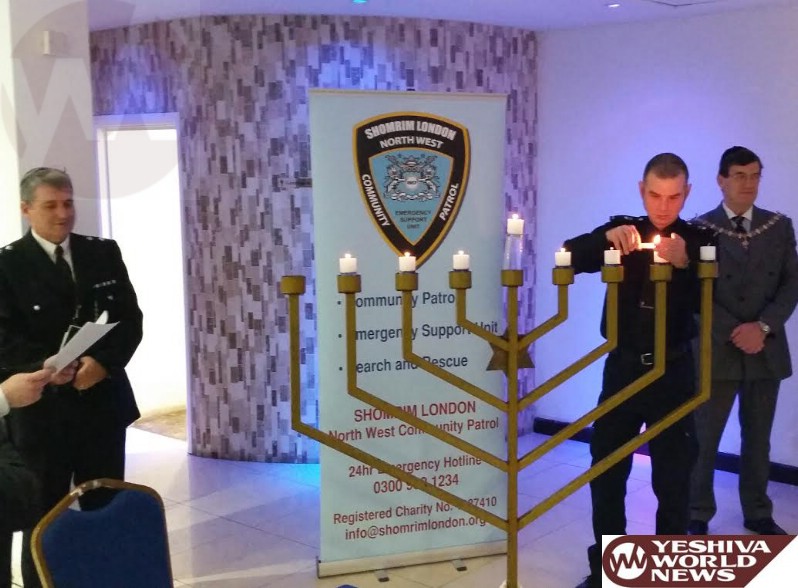 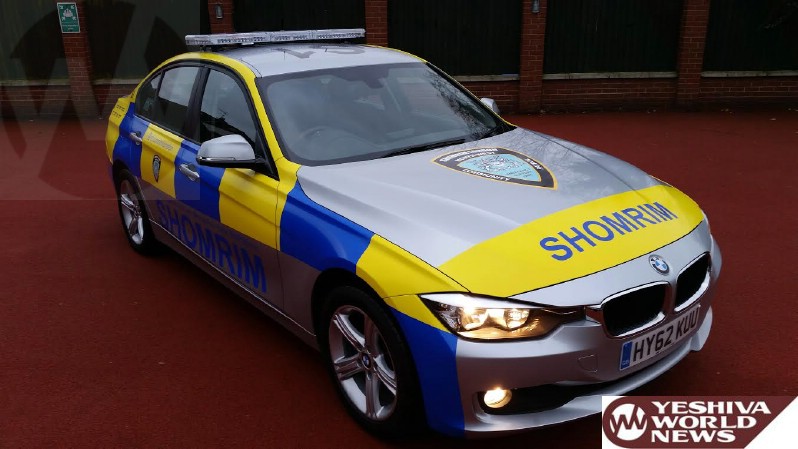 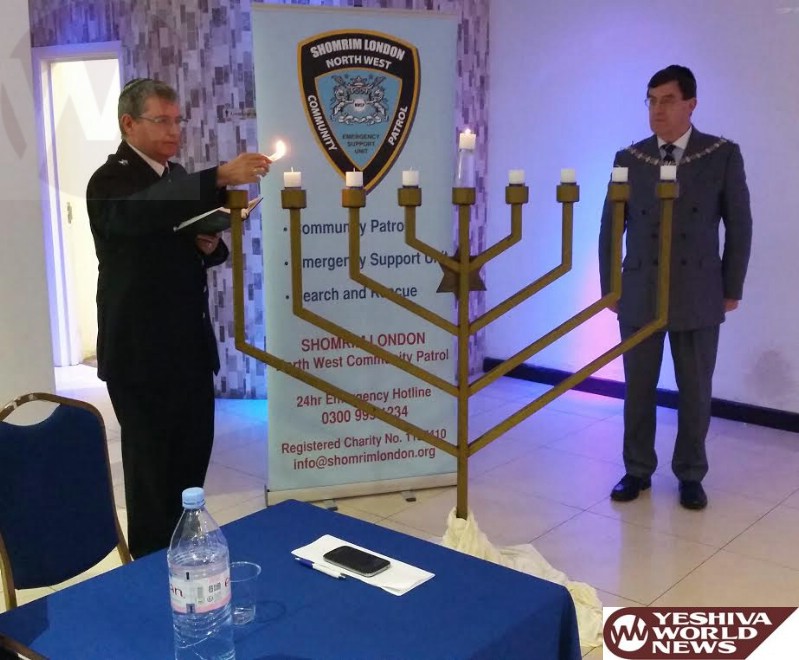 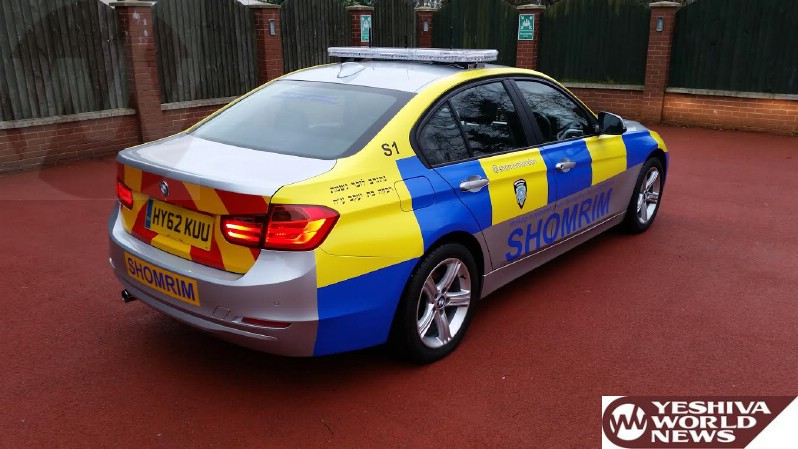 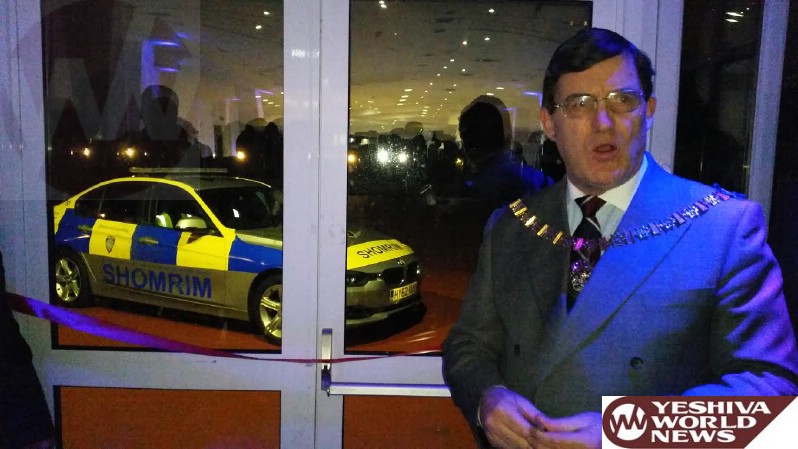 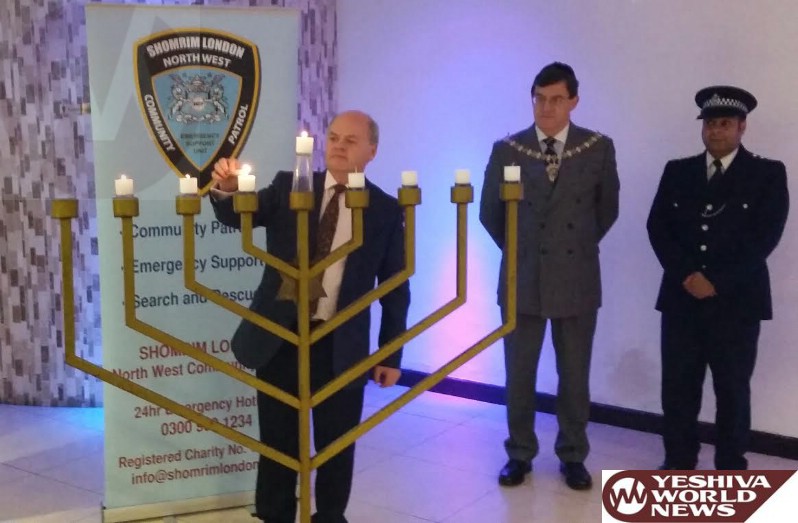 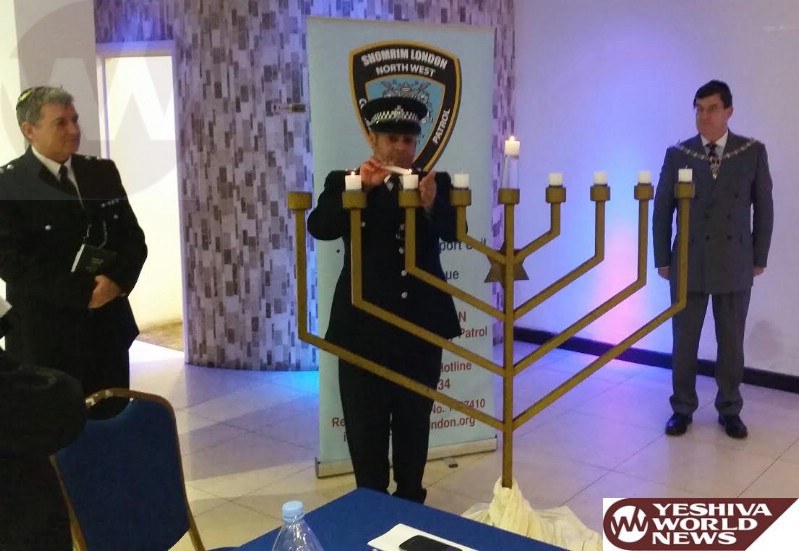 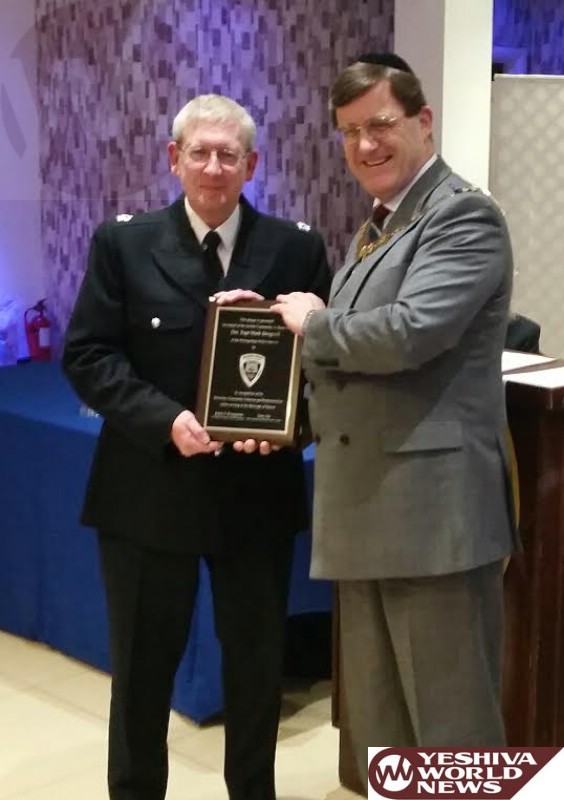 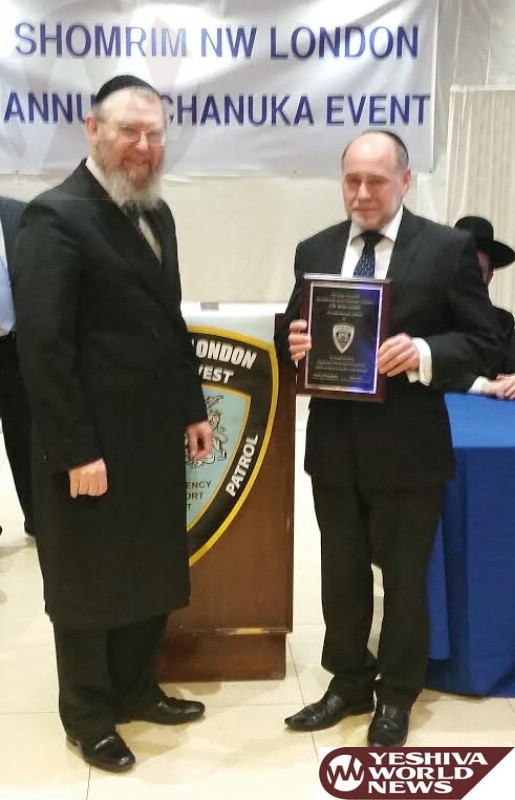 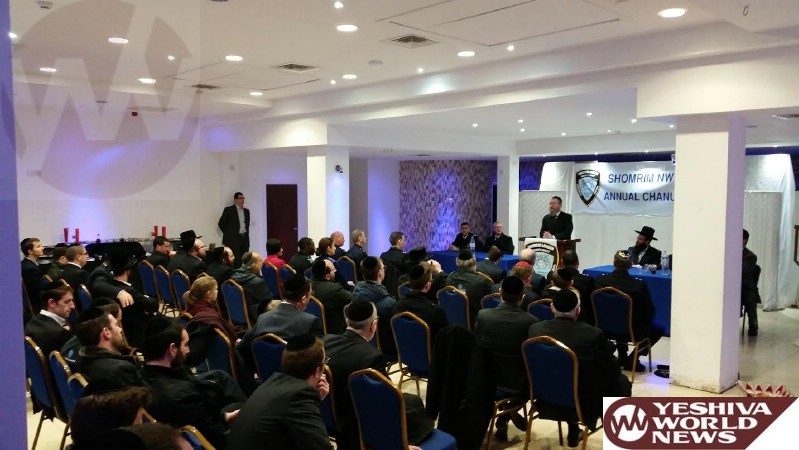 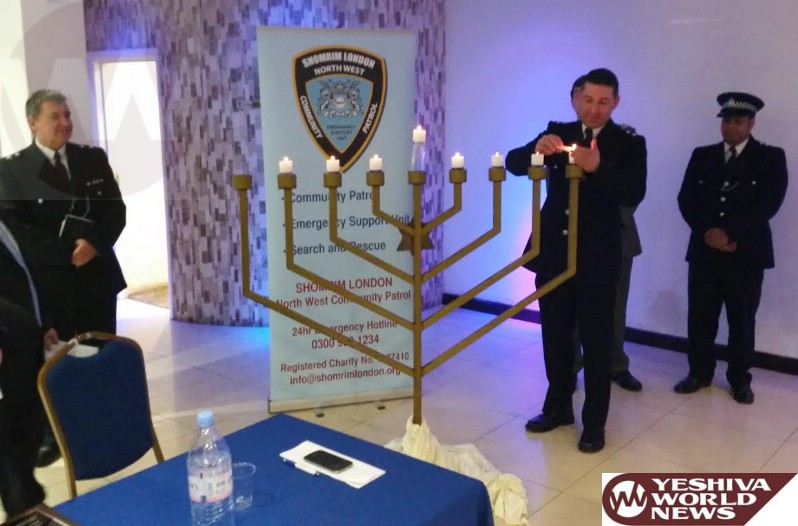