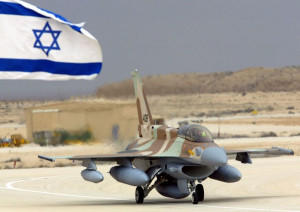 A Hezbollah official says an Israeli strike in the Syrian Golan Heights killed Jihad Mughniyeh, the son of a slain top military commander, and four other terrorists from the Lebanese Shiite terror group.

The official said the Sunday strike targeted two Hezbollah vehicles as terrorists were inspecting positions in the area of Mazaare al-Amal in the mountainous plateau close to the Israeli-controlled frontier.

The official spoke on condition of anonymity because he wasn’t authorized to speak to the media.

Jihad is the son of Emad Mughniyeh, a top Hezbollah operative assassinated in 2008 in Damascus. Hezbollah blames Israel for the killing.

Hezbollah fighters have been battling alongside forces loyal to the Syrian President Bashar Assad.