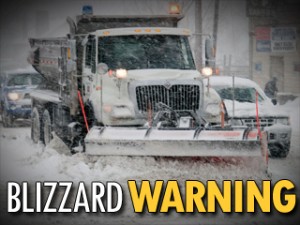 The busy Northeast corridor prepared for a winter wallop that was expected to bring up to 2 feet of snow from northern New Jersey all the way up to Massachusetts. Here’s what residents of the big cities in the Northeast and mid-Atlantic need to know about the coming storm:

SNOWSTORM VS. BLIZZARD: WHAT’S THE DIFFERENCE?

The National Weather Service issued a blizzard warning for a huge swath of the region, meaning potential white-out conditions as heavy snow swirls amid gusting wind. The weather service says a blizzard includes sustained or frequent wind gusts of 35 mph or greater and considerable falling snow that lasts for at least three hours. This storm is expected to last up to 36 hours in some locations, forecasters said.

Airlines had canceled about 2,000 flights Monday because of the storm and were expected to cancel more, according to the flight tracking site FlightAware. Those affected most are the three airports serving New York City. More than 20 percent of flights in Boston and Philadelphia we canceled.

Amtrak was operating a normal schedule Monday, but said it would re-evaluate as conditions warrant. It said announcements about service changes would be made as far in advance as possible, but it also encouraged passengers to watch the weather closely.

Up to 2 feet of snow was predicted, with the heaviest snow falling from about midnight Monday through Tuesday afternoon. Winds will be strongest across eastern Long Island. About half the flights Monday at the region’s three major airports were canceled.

A blizzard warning will be in effect from 7 p.m. Monday to 1 a.m. Wednesday, with about 20 to 30 inches of snow forecast for the city and its suburbs. Near-hurricane force winds were predicted for Cape Cod and the nearby islands.

From 20 to 30 inches of snow was predicted, including snowfall rates of 2 to 4 inches per hour at some points Monday night or Tuesday morning.

Accumulations of around 20 to 30 inches were expected with locally higher amounts possible, plus blizzard conditions that include damaging winds and considerable drifting and blowing snow.

Snow was falling Monday morning, but the storm was expected to being in earnest later Monday. About a foot of snow was expected before the storm ends about 6 p.m. Tuesday, with less to the west and more in New Jersey toward the coast.

Snow was expected end by midday Tuesday, with about 1 to 2 inches accumulating in Washington and 2 to 5 inches in Baltimore.