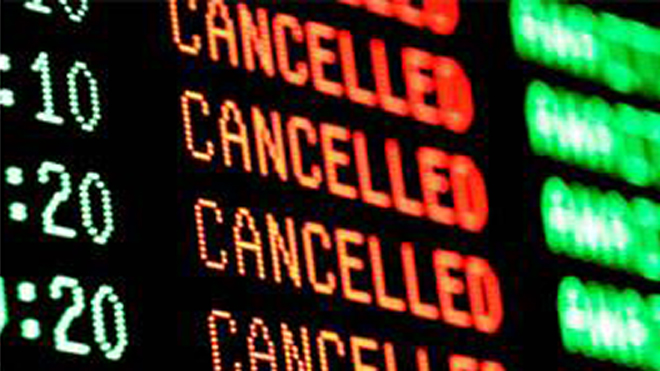 Airlines cancelled thousands of flights into and out of East Coast airports as a major snowstorm packing up to three feet of snow barrels down on the region.

JetBlue, whose flights are largely in the Northeast, has already cancelled about a third of its entire schedule.

Airlines cancelled 2,194 flights Monday, according to the flight tracking site FlightAware. More than 2,000 additional flights have been scrapped for Tuesday.

Problems in the Northeast are rippling outward, however.

In West Palm Beach, Florida, where temperatures are expected to be in the 70s Monday, about 30 percent of all flights have been cancelled. Fort Lauderdale and Orlando are also reporting major cancellations.

Most major airlines are allowing customers whose flights are canceled in the next few days to book new flights without paying a penalty. Customers ticketed on flights to dozens of Eastern airports are generally eligible for the allowance, though specific terms vary by airline.

The National Weather Service predicts 2 to 3 feet of snow for a 250-mile stretch of the Northeast, including the New York and Boston areas. Philadelphia should get 14 to 18 inches.