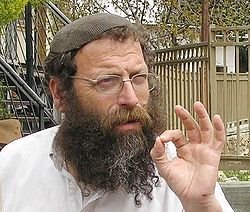 After days of speculation, resignations and in-fighting, a deal was closed between Yachad and Otzma Yehudit, albeit with changes. Representing Otzma in a realistic slot is Baruch Marzel and not Dr. Michael Ben-Ari. Marzel will be in the fourth slot in the lineup.

Prominent dati leumi rav and rosh yeshiva HaGaon HaRav Tzvi Tau Shlita was quick to release a letter disassociating himself with Yachad in response to signing on with Otzma Yehudit as he said he would.

In his letter, which he writes is “a clarification”, Rabbi Tau points out to his followers that the current list of the party is not the result of consulting with him and his does not approve of the list. Hence he no longer supports the party. The rav adds that he made his position clear on Tuesday, 7 Shevat, yet party leaders decided to move ahead as they did.