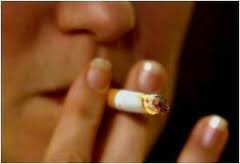 The attempted smuggling of 50,000 cartons of knock off French cigarettes into Israel valued at over $1 million was intercepted this month by Haifa customs agents. A special team of the Customs Authority worked with customs agencies in other countries to track and intercept the shipment. European customs officials have been continuing the investigation, resulting in a delay in publicizing the case.

Haifa customs officials three weeks ago apprehended a 16 ton shipment of the counterfeit French cigarettes. The container arrived in port from the Far East on its way to Europe where the cigarettes were to have sold for the regular price. The stopover in Haifa was an effort to hide the smuggling effort by covering the smugglers’ tracks following several previous attempts to smuggle the cigarettes via Turkey.

Haifa Customs Chief Kobi Yahav said “Israeli customs works to prevent smuggling in its share of the international effort to halt counterfeiting of products…” He stressed Israeli customs continues working with and cooperating with custom’s agencies around the world.