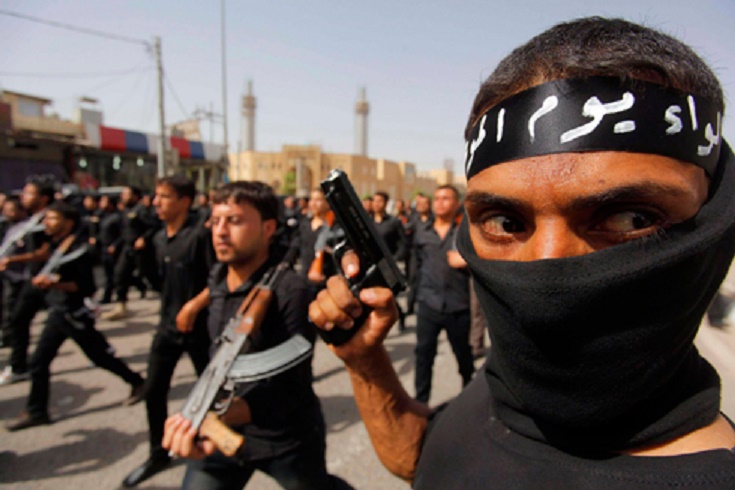 Egypt is making an ambitious bid to place itself at the center of the fight against extremism across the Middle East. Beyond fighting militants in its own Sinai Peninsula, it is trying to organize an international coalition against the Islamic State in Libya and helping Saudi Arabia defend its borders.

The growing military alliance is rooted in a shared belief among Egypt’s President Abdel-Fattah el-Sissi and Gulf Arab leaders that extremism must be confronted region-wide.

It has been anchored with a quid pro quo: Gulf oil powerhouses Saudi Arabia, the United Arab Emirates and Kuwait have given Egypt an estimated $30 billion to rescue its damaged economy in return for Egypt providing military manpower alongside its Gulf counterparts.

With the alliance, this nation of 90 million people seeks to maneuver itself into a leadership role that has eluded it in recent years, first because of waning influence under former President Hosni Mubarak, then because of the turmoil that followed his 2011 ouster.

A contingent of Egyptian troops is already deployed on Saudi Arabia’s border with Iraq to help defend it against jihadi fighters, who earlier this year carried out a deadly cross-border raid, according to Egyptian military and security officials.

On another front, Gulf nations have said they are considering what action to take in Yemen, where Shiite rebels known as Houthis — widely suspected of links to Iran — have taken power in the capital and are fighting to seize more of the country.

Egypt already has military advisers on the Saudi-Yemeni border tasked mainly with developing a joint strategy with the Saudis to confront future hostilities, according to the officials, who have first-hand knowledge of Egypt’s plans. They spoke on condition of anonymity because they were not authorized to talk about the deployments.

Plans for the creation of a military alliance with Saudi Arabia, the United Arab Emirates, Kuwait and possibly Jordan were back on track after a period of hiatus, said the officials, with France, Italy and Algeria now viewed as possible additional partners.

Already, Saudi Arabia and the Emirates are bankrolling multibillion dollar arms purchases by Egypt, including jet fighters and naval pieces from both France and Russia. A deal with Germany to buy two submarines is under discussion, said the officials.

Separately, Egypt is trying to persuade the West to open up a new front against the Islamic State group in Libya, Egypt’s western neighbor, and is appealing for “political and material” support to enable it to contain the threat in Libya.

On Tuesday, El-Sissi called on the United Nations to approve a new coalition for airstrikes in Libya, where the extremists have set up their first major affiliate outside of Iraq and Syria. He argued in a radio interview that the Islamic State group in Libya is not just a threat to Egypt — its militants beheaded a group of Egyptian Christians in a video released this week — but to Europe as well.

“I want to say humanity will judge us if we do not fight against terrorism and protect humanity,” el-Sissi told France’s Europe 1 radio.

France and Italy, directly across the Mediterranean from Libya, have come out in favor of some form of international action. The U.N. Security Council holds an emergency session Wednesday on the Libya crisis.

The more assertive Egyptian-Gulf campaign, however, threatens to mire Egypt in multiple fights that could further enflame the ongoing conflicts. Egypt’s military has been battling ferociously in Sinai, but has been unable to suppress jihadis who have sworn allegiance to the Islamic State group. They are believed to number in the hundreds or low thousands, bristling with heavy weapons smuggled in from Libya.

Striking militants in Libya could prompt an even more brutal response from Sinai extremists, who previously have carried out high-profile bombings in Cairo and other Egyptian cities.

“Gulf states want Egypt to stand by them in the face of the region’s entire range of crises,” a prominent Saudi journalist, Abdullah Nasser al-Otaibi, wrote in Monday’s edition of the pan-Arab daily Al-Hayat. “They want to see heavyweight Egypt on their side unconditionally to end the Syrian crisis. They also want a clear and pragmatic position as well as an actionable plan to intervene in Yemen and save it from the control of Houthis, who take their orders from the clerical regime in Tehran.”

In Yemen, Saudi Arabia has already started arming Sunni tribesmen to fight back against the Houthis. But the Saudis and Egyptians may have little appetite for ground action in the mountainous, chaotic country.

Egyptian columnist Abdullah el-Sinnawi, who is close to the military, wrote that Egypt’s navy could deploy if there is any threat to shipping in and out of the Red Sea. Yemen lies on one side of the narrow entrance to the Red Sea, the only route to Egypt’s Suez Canal from Asia.

But Egypt cannot “endure a long war abroad” or the distraction of the military from the fighting in the Sinai, he wrote Monday in the Al-Shorouk newspaper.

In recognition of the limits, the security officials said Egypt was not looking, at least for now, for a ground campaign in Libya, but rather an air assault similar to that by the U.S. and its allies in Iraq and Syria. Egypt carried out two rounds of airstrikes in Libya on Monday, on top of secret strikes it conducted last year along with the United Arab Emirates against Libyan Islamist militias.

As a precaution against possible retaliation from militants, Egyptian naval units in the area and border guards have been placed on high alert.

Egypt is likely to continue launching airstrikes against Islamic State positions focusing on arms depots and training camps, the officials said. A second phase of the campaign could involve special forces targeting high-value assets inside Libya, they said.

“This is a war that is as or more crucial than the 1973 war,” said a top Egyptian official, alluding to Egypt’s last war against Israel, when Egyptian troops crossed the Suez Canal to storm fortified Israeli positions on the waterway’s east bank.