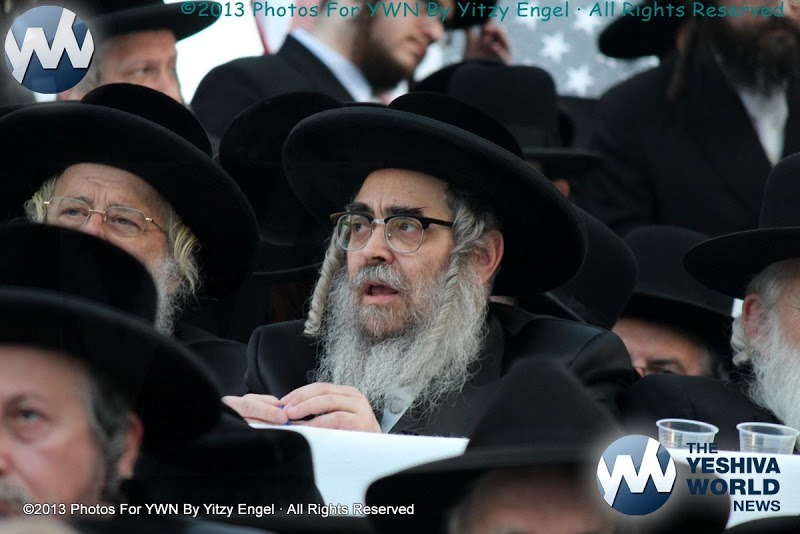 The Satmar Rebbe Shlita has come out in a harsh message against the “Head of the Zionist Klipa (קליפה)”.

“How does he have the insolence and chutzpah to tell European Jews to make aliyah to Israel?”

The rebbe also attacked Prime Minister Binyamin Netanyahu’s upcoming address before the US Congress in March 2015. He condemns Mr. Netanyahu for getting in the White House’s face. “This is chutzpah. He is not a mentsch. He is lowly”.

The rebbe made his comments during a motzei Shabbos Parshas Terumah seudas mitzvah in Antwerp, speaking in the New Satmar Beis Medrash. The rebbe reminded his audience how murderous Muslims around the world, particularly in Europe, have been killing Jews in cruel attacks and that we must daven that the “Shomer Yisrael” will continue to protect the “Sheiris Yisrael”.

The rebbe continued, addressing Israel’s call to European Jewry to come to Israel. He questioned after the murder of three talmidei yeshiva near Chevron if the “head of the Zionist klipos” called on all settlers to move from those areas? He added if when he decided to go to war this past summer and 70 soldiers and Jews were killed if he then called for Jews from run away from Israel? “From where does he have the brazenness and chutzpah to tell Jews in Europe to come to Israel? Does he have the ability to protect them” the rebbe added

The rebbe then turned to the prime minister’s planned address before the Senate and Congress in the US. “His actions defy the rules of accepted diplomatic rules of play. All previous Zionist prime ministers adhered to these rules. The State of Israel receives more than any other nation from the United States and what chutzpah he has to now defy the president of the United States. He is not a mentsch and he is not a diplomat. He is a lowly person”.

The rebbe added “Even among the Zionists they maintain he should not go and give the address. How does he dare place the millions of Jews living in the United States under threat of renewed anti-Semitic attack which may result from his actions? Can he also protect all the Jews of the United States?”

“The main busha is that the chareidim support him and give full backing to his actions” the rebbe ended.