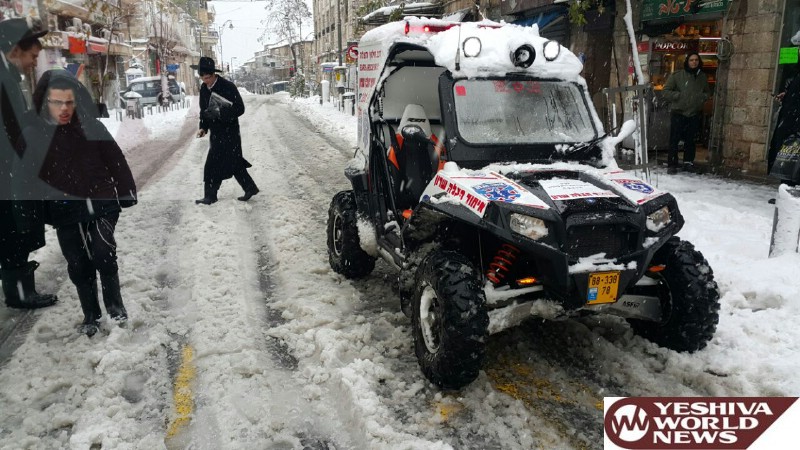 Ichud (United) Hatzalah volunteers had a busy weekend as the EMS organization responded to 1,000 calls for assistance during the Rosh Chodesh Adar 5775 snow storm that impacted many cities including Yerushalayim, Tzfas and communities in Yehuda and Shomron.

Ichud teams began the snow response on Thursday night the eve of 1 Adar in Yerushalayim, Tzfas, the Galil, Betar Illit, the Benyamin Regional Council district of Shomron, Gush Etzion and the Shomron Regional Council district of Shomron. Most of the calls were related to victims injuring themselves by slipping, hypothermia and difficulty breathing.

Volunteers used 4 X 4 vehicles and jeeps to respond, and the organization’s medical branch equipped responders with the required equipment for the storm. Each volunteer in the areas mentioned was equipped with a “storm kit” that included an appropriate outer garment, thermal hat & gloves, and a rescue blanket and paraphernalia to treat hypothermia.

Where and when appropriate, chains were distributed for vehicles and the organization used its ‘Tomcar’ response vehicles in areas with the most snow accumulation, permitting access and in some cases, a life-saving response. 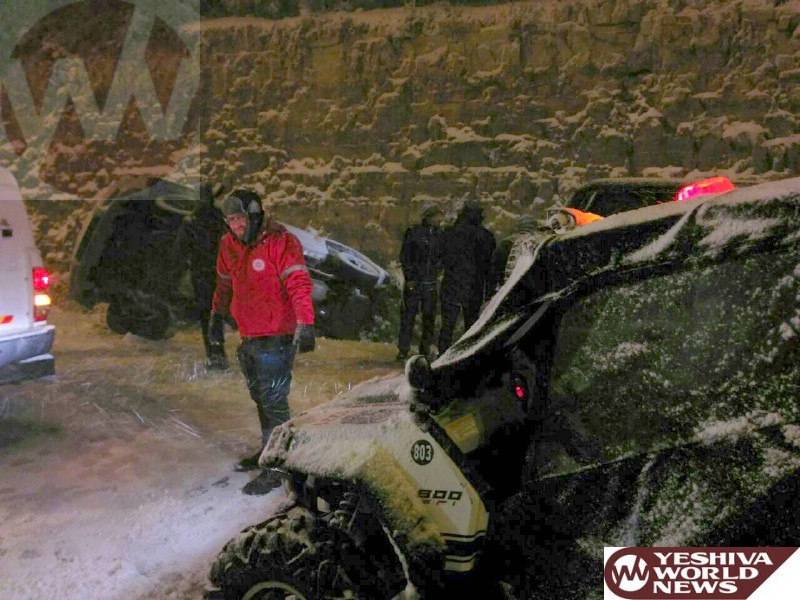 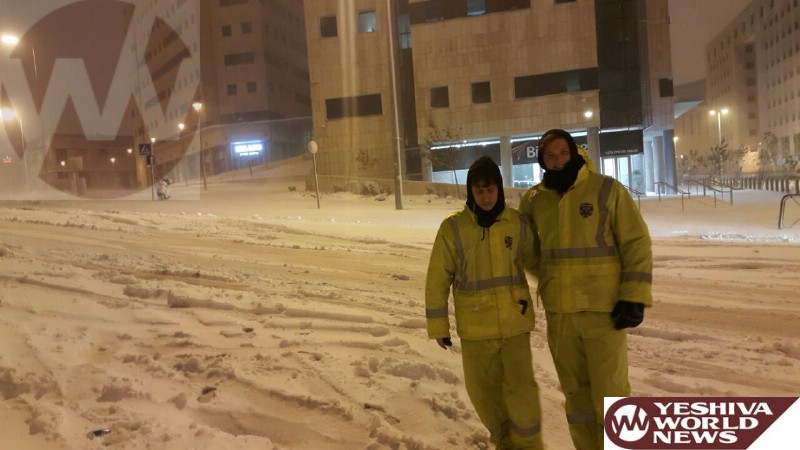 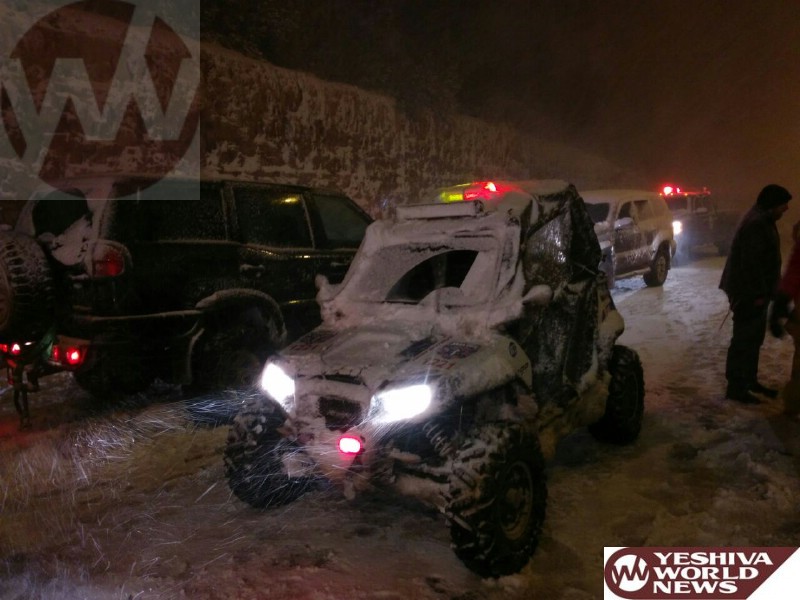 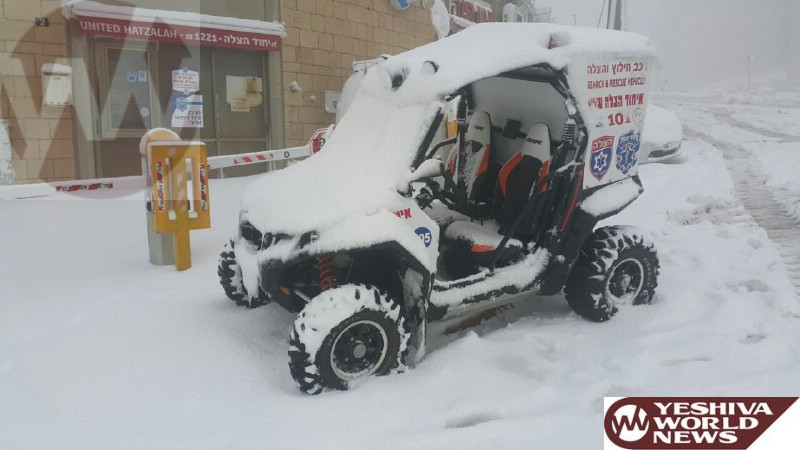 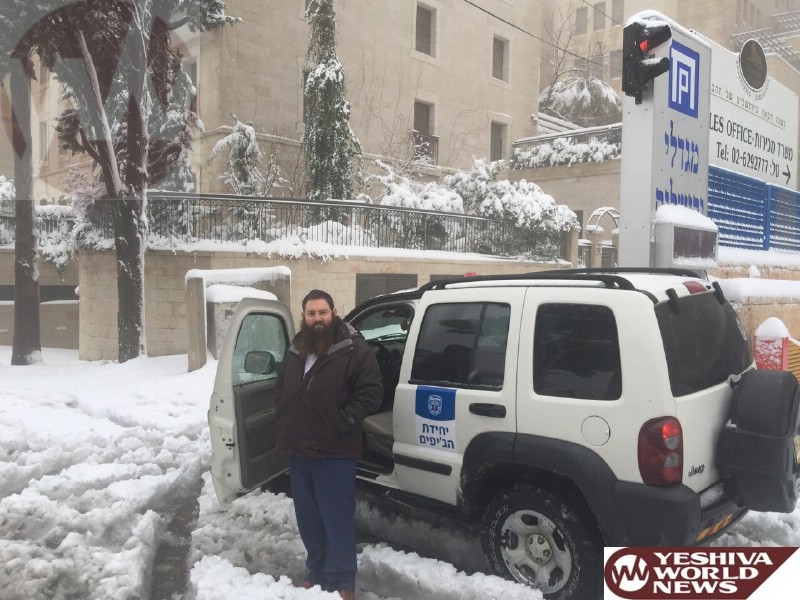 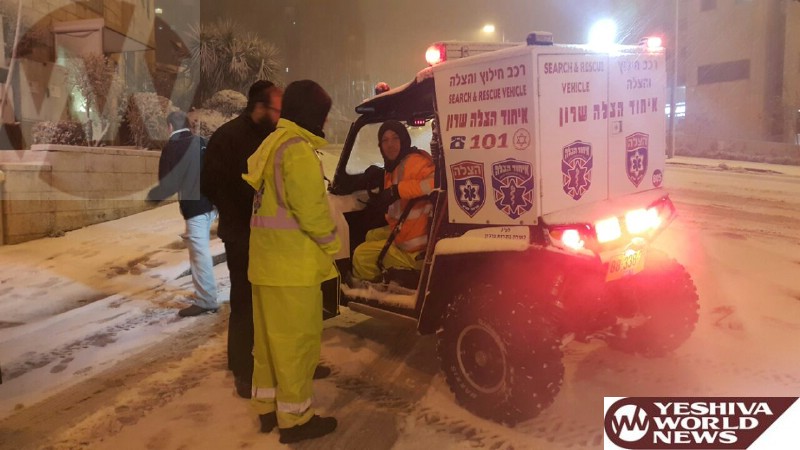 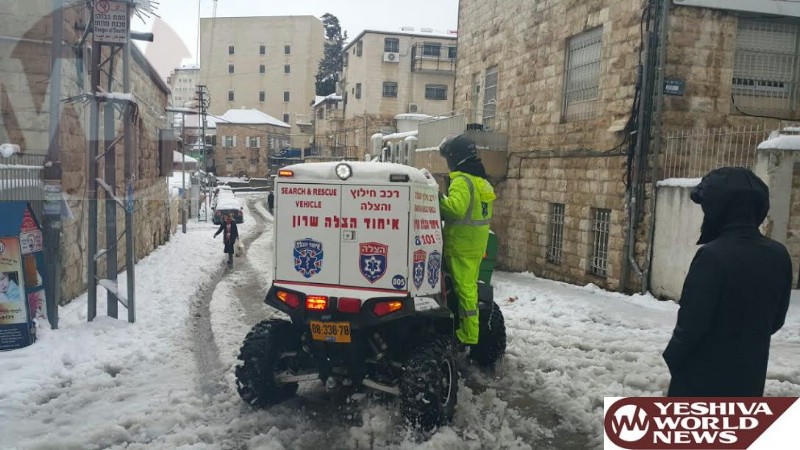 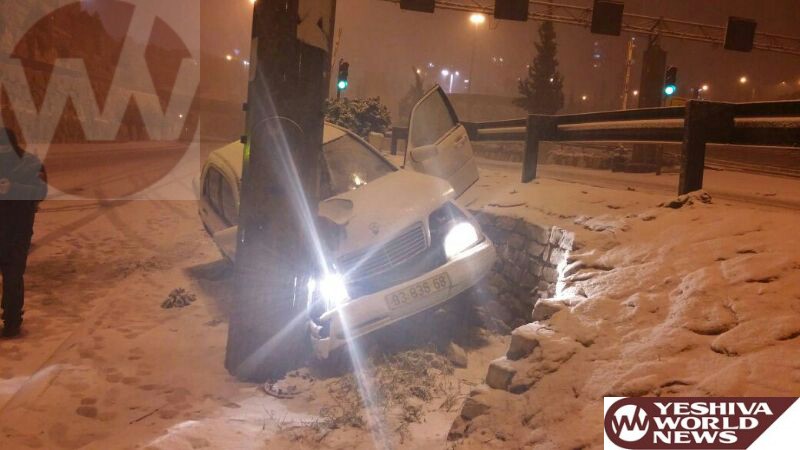 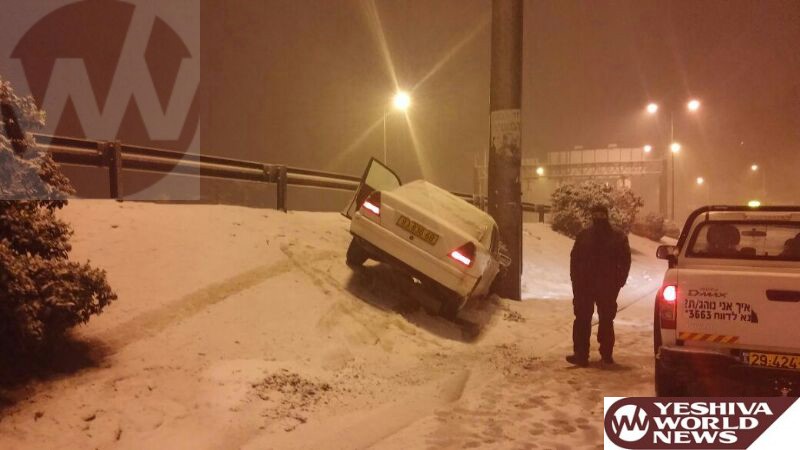 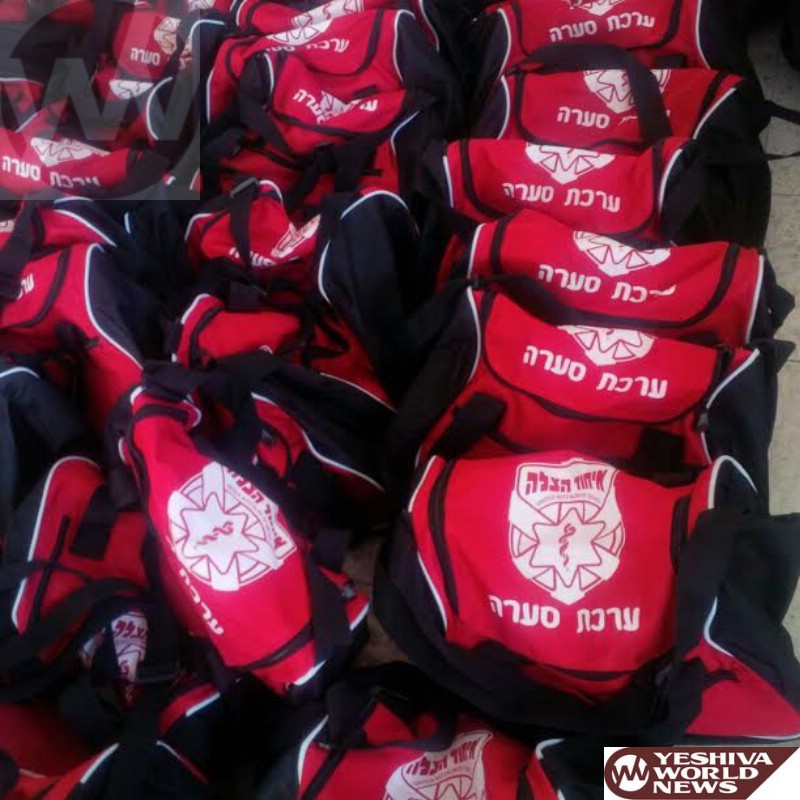 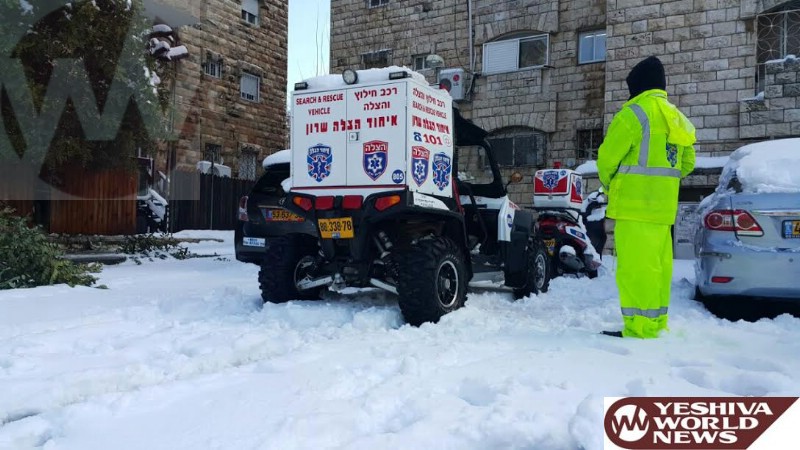 WATCH VIDEO BELOW: Channel 1 News snow storm reports pointing out that some areas hit with snow have not seen snowfall since 1992.