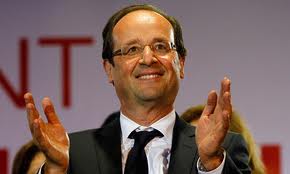 World Jewish Congress (WJC) President Ronald S. Lauder today praised French President François Hollande for delivering a “great speech” at the CRIF dinner in Paris which he called a “rallying cry in the fight against hatred.” In his address to the dinner guests, Hollande announced the next steps in his plan to fight anti-Semitism in France, including protecting Jewish sites for as long as necessary and new measures to curb the dissemination of hate speech on the Internet.

“President Hollande has made it absolutely clear: Anti-Semitism, and any other form of hatred and racism, must not and will not be tolerated, and the entire country must mobilize against it. His speech sends a strong signal that France will not surrender to the forces of evil and that it is taking the leading role in fighting anti-Semitism and terrorism. We fully support President Hollande and his government in this endeavor,” Lauder declared.

“In recent months, the Jewish community in France – the largest in Europe – witnessed the worst attacks since the end of World War II. We all – Jewish, Muslim and Christian leaders, governments and the wider civil society – must work together to ensure that our freedoms are safeguarded and that the fight against terrorist and extremist of any form is won,” added Lauder.

Speaking at an annual dinner hosted by the country’s Jewish umbrella body CRIF, Hollande said that “in protecting its Jews, the Republic is protecting itself.” He emphatically said that “the Jews are at home in France and it’s the anti-Semites who don’t have a place in the Republic.” The president urged more European cooperation in the fight against jihadist terrorism.

Hollande also called for more effective punishment of anti-Semitic acts and urged measures against hate speech: “I want such speech to come under criminal rather than media law.” The French leader said that talks with the CEOs of the major Internet giants would soon take place in France to determine how to curb the dissemination of hate speech on the Internet.

“Not teaching about the Shoah would already mean denying it,” said Hollande, who vowed to strengthen Holocaust education in schools.