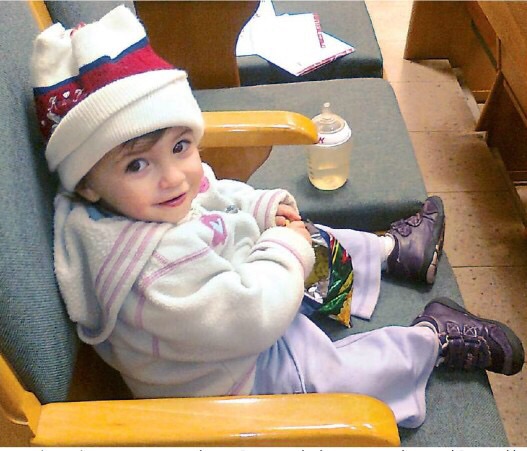 President Reuven Rivlin on Monday evening 4 Adar, was menachem aveil the parents of Adele Biton HY”D, the young girl who died last week of complications from pneumonia due to her overall weakened state. She died about two years after she was critically injured in a terrorist attack in which stones where thrown at her family’s car, near their home in the Shomron.

President Rivlin embraced Rafi, Adele’s father, and said, “I have been receiving updates on Adele’s progress at every opportunity over the past two years, and her fate pains me – as president, and as a citizen. Her cries where heard around the world. I have come here to offer comfort in the midst of your terrible grief. Adele touched all of our hearts, and indeed became symbol.”

Adva, Adele’s mother, said to the President, “I have received support and countless phone calls from across the globe. Adele touched the souls of so many.”

To which Adva commented, “It am not befitting of all that, but it was Adele who gave me strength,” she said. “Adele was the light of the house, silently, and without speaking, she gave us the strength.”