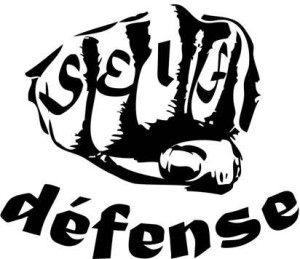 Hundreds of Rabbis received basic training in first aid and self-defense at a conference organized by the Rabbinical Centre of Europe and the European Jewish Association. The annual conference, which was this year held in Prague, Czech Republic, brought together community leaders from across the European continent, with participants given basic training in self-defense and first aid following a recent spate of terror attacks across the EU.

At the conference, participants were presented with scenarios of possible anti-Semitic terror attacks on Jewish institutions, to instruct them in how to administer aid to victims of terror attacks whilst awaiting the arrival of emergency services. The Rabbis practiced basic self-defense activities provided by security personnel as well as basic training in first aid for victims of terrorist activity.

Rabbi Menachem Margolin, General Director of the European Jewish Association, who initiated the conference, stated that: “Unfortunately, the vast majority of European Jewish institutions are not provided with sufficient security by their governments. This is why we have decided to provide Rabbis and Jewish community leaders across the continent with basic knowledge and tools in order for them to be able to provide initial first aid and self-defense during a terror attack.”

Quoting a renowned teaching from Pirkei Avos, he concluded: “If I am not for myself, who is for me?”

The decision to add the training to the itinerary of the conference in the immediate aftermath of this month’s terror attack on the Great Synagogue of Copenhagen, which had only been under police patrol since an earlier terror attack elsewhere in the city that same day, and was designed to enable community leaders to better protect their members in case of emergency.

Speaking after the Danish attacks, Rabbi Margolin emphasized that “unfortunately, the Danish government, like other governments across the continent, has not yet implemented the need to secure all Jewish institutions 24/7”. “It is only because of the earlier shooting that took place in the Copenhagen cafe that police sent several officers to the shul, and they were able to return fire and chase the shooter,” he added. “But the fact is that prior to the earlier incident, there were no police in the shul, and the unarmed security guard could have not prevented the terrorist from entering the shul and causing even more deaths,” he concluded.