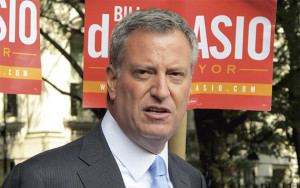 Health officials have linked 17 cases of infant herpes since 2000 to the ancient ritual of sucking blood from the wounds of the infants.

The new deal no longer requires the circumcisers to obtain signed consent forms before the rites.

He also vowed that the city would stop any “wrongdoing” and prevent any mohel who gives a child herpes from continuing to administer the rite.