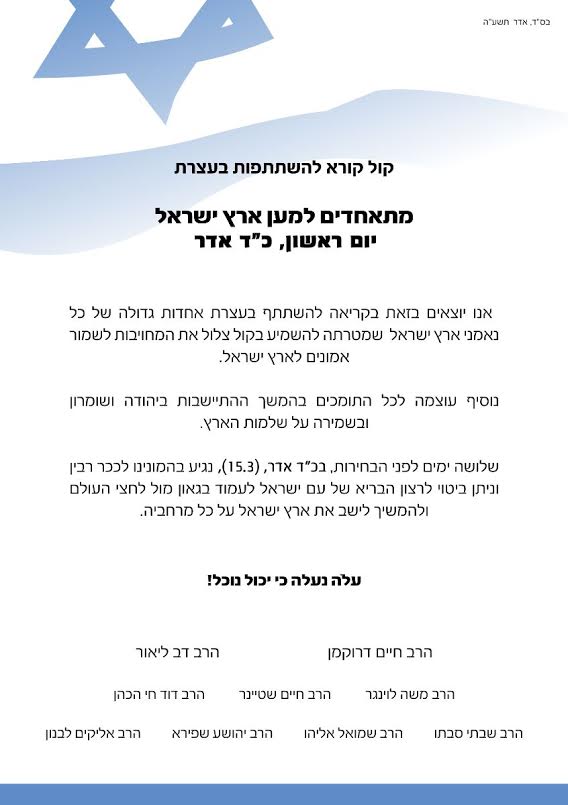 A major atzeres billed “The Atzeres Eretz Yisrael” is being held on Sunday night 24 Adar in the hope of giving a chizuk to the right-wing camp days ahead of elections, which are set for Tuesday, 26 Adar. The opening address will be delivered by Prime Minister Binyamin Netanyahu. Also listed among the planned speakers are Transportation Minister Yisrael Katz, Yachad leader MK Eli Yishai and former Likud Minister Dr. Benny Begin.

With threats facing the future of residents of communities throughout Yehuda and Shomron, organizers are hopeful for a large turnout, which they hope will also bring additional votes to the right wing camp. Organizers believe at least 30,000 participants will attend.

The event will take place at Rabin Square beginning at 19:00.