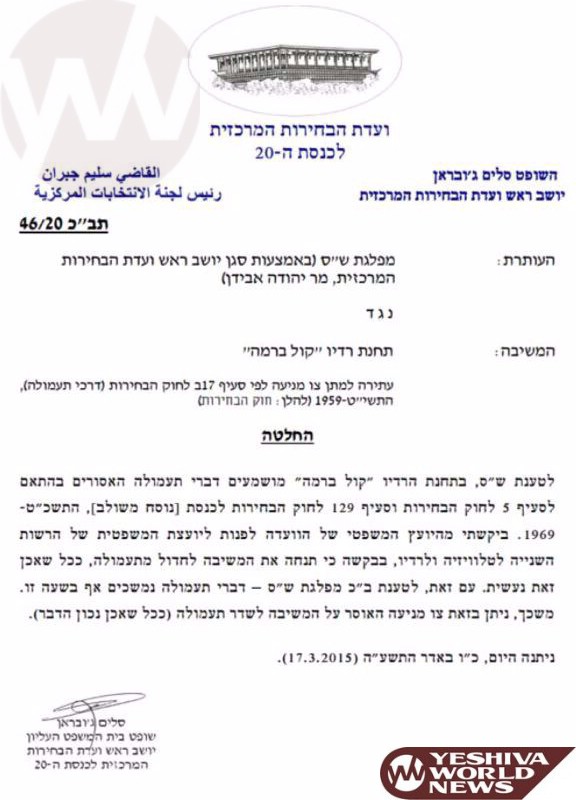 The Chairman of the Central Election Committee Justice Salim Jubran instructed Kol Chai Radio to cease airing electioneering today as per the nation’s election law. Jubran was responding to a complaint filed by the Yachad party, which he found to be justified.

According to Walla News, station manager Avi Rosen refused to accept the committee’s order. Jubran is contemplating sanctions against the radio station.