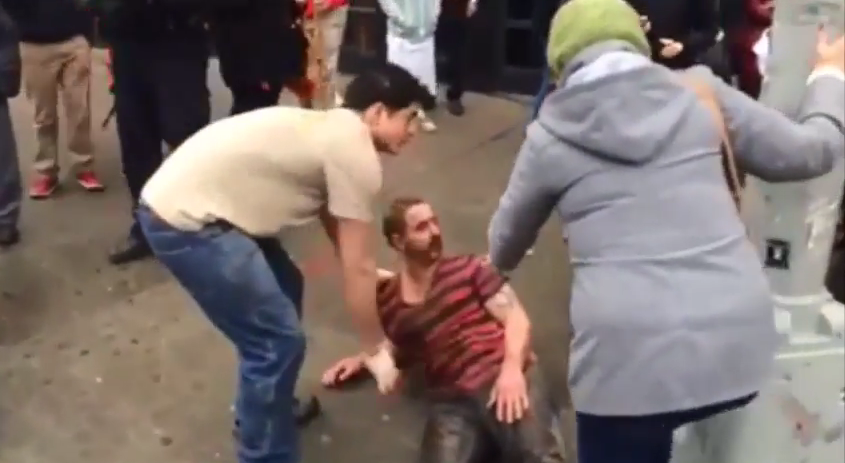 The Following is VIA Breaking911.com

The video below shows the minutes after a explosion rocked a 7 story building. The area has been declared a 7 alarm fire with over 250 firefighters at the scene. Unconfirmed reports state that a person was seen running out of the building prior to the explosion but that has not been substantiated at this time. Anti Terror units are on scene as standard protocol as this has been believed to be a gas explosion. Three people are in critical condition resulting from the fire and that number is assumed to be increased as the day goes by. NYC Emergency Agencies have been established on the corner of East 7th Street and 2nd Avenue. There are no reports of fatalities at this time.