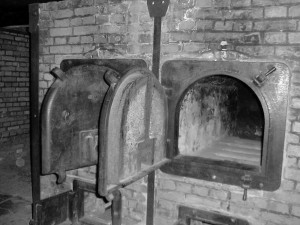 The leader of France’s far-right National Front has launched an all-out offensive against her father, party founder Jean-Marie Le Pen, saying she will oppose his candidacy in upcoming elections and condemning as “political suicide” his repeated comments that the Nazi gas chambers were a “detail in history.”

In a statement on Wednesday, Marine Le Pen said she will quickly convene the party’s executive bureau to seek “means to best protect the political interests of the National Front.” She said she’d oppose her father’s candidacy to head the list in December regional elections in southern France.

Le Pen has worked to clean up the party’s anti-Semitic, racist image and has fought a guerrilla war with her old-guard father, but this would be the first time she punished him.