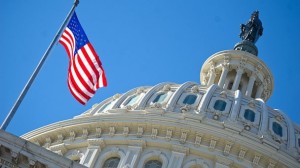 Congress has been on spring break for two weeks, officially doing nothing.

Could be a useful strategy.

Sure, lawmakers are clamoring to get at some issues, such as President Barack Obama’s nuclear negotiations with Iran, when they return Monday. But in other cases, doing nothing is a way to get things done.

For example, a true “do-nothing Congress” could shut down the 81-year-old Export-Import bank without lifting a finger.

The bank, which helps U.S. exporters compete in foreign markets, will close if Congress doesn’t act on the bank’s expiring charter by June 30. Some conservative lawmakers and advocacy groups are pushing for that outcome, against strong business support for the bank.

Lawmakers hoping to kill three hotly debated surveillance powers in the Patriot Act, including the National Security Agency’s bulk collection of telephone records, win if Congress does nothing. The provisions are set to expire June 1, although supporters are urging their renewal to combat terrorism.

Every year, by doing nothing, members of Congress can take an automatic pay raise, while letting inflation erode the value of the minimum wage.

“Not doing something is a decision,” said former Rep. Mickey Edwards, a Republican who represented Oklahoma in Congress for 16 years. “That’s one of the things that gets overlooked sometimes.”

The salary question has become more visible since the recession, and lawmakers have blocked their annual raises each year since 2010. They haven’t raised the minimum wage, either.

Doing nothing could work where doing something falls short.

House Republicans have voted over and over to repeal President Barack Obama’s health law, to no avail. Democrats in the Senate still stand in the way, and ultimately there is Obama’s veto power. But what Congress hasn’t done is putting the law in jeopardy now.

The Supreme Court is considering a challenge that centers on interpretation of one confusing phrase in the giant law – a few words that the Republican-led Congress could easily have clarified, but won’t. The Supreme Court’s decision, expected by late June, has the potential to gut the law.

Tea party-aligned Republicans have multiplied their influence by holding things up at moments when most of Congress believes doing nothing would be painful – when action is needed to keep federal agencies running, for example, or to allow the government to borrow money.

Allowing steep cuts in Medicare doctor payments would be perilous for lawmakers hoping for re-election. So Congress kept delaying the cuts – 17 times in 11 years – but without doing anything to fix the flawed formula that causes them.

This year, House Republicans and Democrats finally agreed on a “doc fix.” The Senate is due to consider it after returning Monday.

House Speaker John Boehner, R-Ohio, said he decided to do something about the perennial problem this year because he’s “had enough of it.”