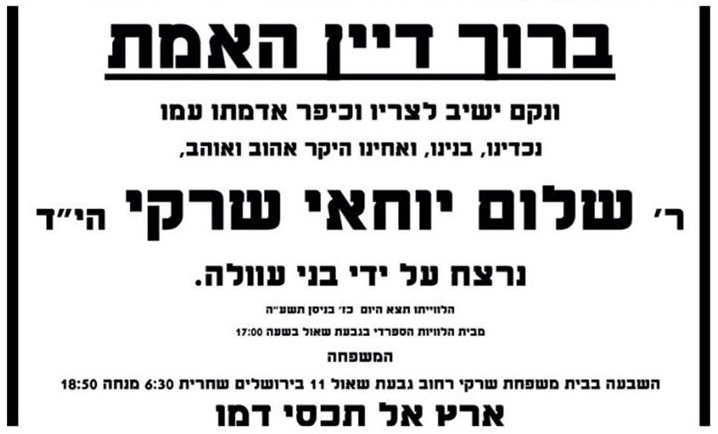 07: 19 IL: The 25-year-old male who was struck and critically injured by a vehicle driven by an Arab male  on Chaim Bar-Lev Blvd. in the French Hill area of Yerushalayim died in Hadassah Ein Kerem Hospital on Thursday morning 27 Nissan. A 20-year-old Jewish female remains in serious condition. The driver of the vehicle was lightly injured and he is being interrogated by police.

Police are trying to determine if the driver lost control of the vehicle or if he rammed the Jews waiting for a bus intentionally late Wednesday night. The driver is reportedly a resident of Jerusalem. The investigation continues.

The tzibur is asked to be mispallel for Shira bas Ada bsoch kol cholei am yisrael.