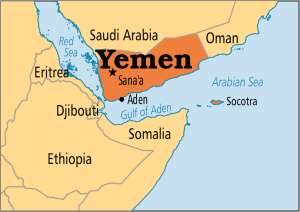 Military officials and residents say al-Qaida has taken control of a major airport, a sea port and an oil terminal in southern Yemen after brief clashes with troops.

The officials said al-Qaida fighters clashed Thursday with members of one of Yemen’s largest infantry brigades outside Mukalla, a city the militants overran earlier this month. The officials, speaking from Sanaa on condition of anonymity because they were not authorized to brief the press, said the leaders of the brigade fled.

The brigade is in charge of securing the coast of Mukalla, the provincial capital of Yemen’s largest province, Hadramawt. After seizing the airport, the militants easily captured the sea port and oil terminal.

Al-Qaida’s Yemeni branch has long been seen as the network’s most lethal franchise.