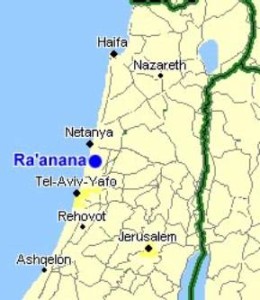 Despite strong objections from the Ra’anana Rabbanut, the Lod District Court ruled in favor of J-hovah Witnesses to hold a baptism ceremony in the city on Shabbos. The event is set to take place in the city’s MetroWest Sports Center.

Ra’anana Chief Rabbi Yitzchak Peretz Shlita decried the court’s decision, calling the baptism ceremony a “missionary event” and accusing the court of failing to take the religious sensitivities of the city’s residents into account.

Rabbi Peretz told Kol Berama Radio on Thursday night 11 Iyar that he spoke with Mayor Ze’ev Bielski that he must use the full authority of his office to combat the planned event and if he does not, he [the rabbi] will be forced to step down. The mayor reportedly told the rav he is on his side and would work to stop the event.

The baptism was originally set to take place in Holon about two months ago but it was prevented by Yad L’Achim by contacting city officials and the latter acted to cancel the event. Yad L’Achim learned it was to be held in the Yad L’Banim Center built in memory of fallen IDF soldiers. Yad L’Achim claimed that the program included the baptism of Jews.