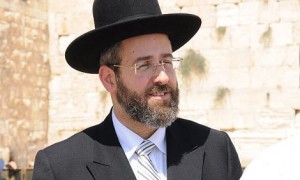 Chief Rabbi Dovid Lau Shlita released a statement to the media after Attorney General Yehuda Weinstein ruled a business may hire a private hashgacha in place of a local rabbinate and not just in addition to the local rabbinate as has been the case under law to date.

Weinstein has opened the door for private hashgachas to certify businesses in place of the Chief Rabbinate, which operates via the nation’s local rabbinates. The decision has led to an outcry by the Chief Rabbis and religious councils around Israel.

“The attorney general’s decision is wrong and will lead to kashrus fraud for kosher consumers around the country” Rabbi Lau stated. He adds “It should be remembered that unlike the protection under law for the title ‘doctor’ or ‘lawyer’, unfortunately the title ‘rabbi’ does not enjoy the same protection under law and anyone can present himself as such. Therefore, under the current situation any person can claim to be a rav who heads a hashgacha and provide kashrus for a business while duping the consumer who remains unaware of the fraud. We will act with the new government to correct this to prevent a serious flaw under its administration”.