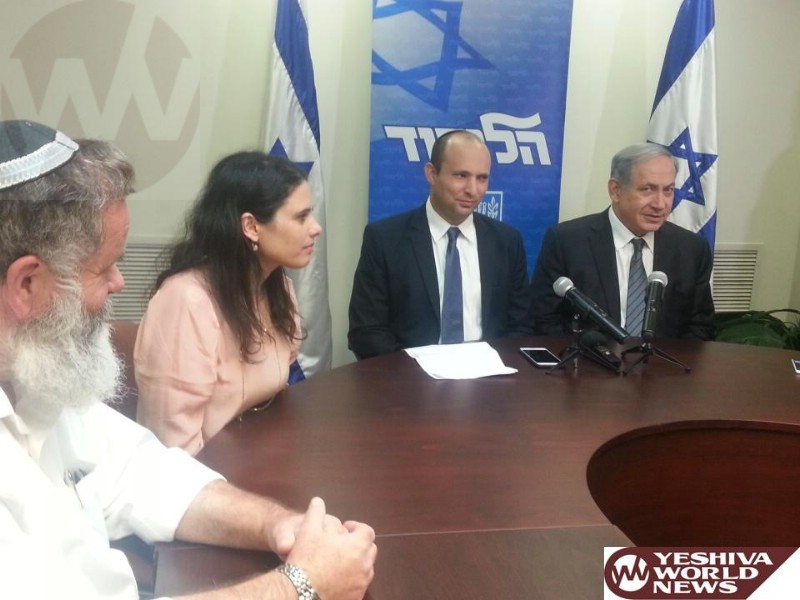 With less than two hours to spare, Prime Minister Benjamin Netanyahu managed to secure the missing seats needed for a coalition on Wednesday night.

Netanyahu and Bennett announced their coalition deal on Wednesday night, with the Bayit Yehudi leader committing to join the government, but have yet to sign the deal in order to give Bennett 24 hours to iron out final details.

Netanyahu effectively caved in to all of Bayit Yehudi’s demands, including naming MK Ayelet Shaked as justice minister, with almost all of the powers and authorities that the Likud had initially tried to curtail.

Bayit Yehudi leader Naftali Bennett will be made education minister, after giving up his previous demands for the Foreign or Defense Ministries. In addition, outgoing Construction Minister Uri Ariel will serve as agriculture minister in the new government.