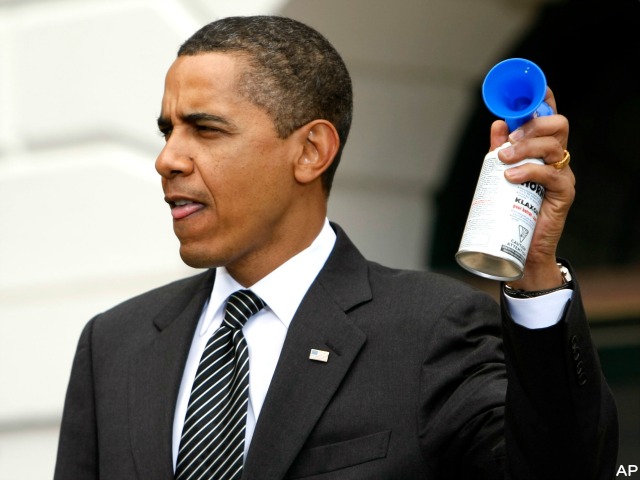 Leaders of Gulf nations unnerved by Washington’s nuclear talks with Iran and Tehran’s meddling across the Mideast look to President Barack Obama to promise more than words and weapons at Thursday’s Camp David summit.

They want commitments from Obama that the United States has their backs at a time when the region is under siege from Islamic extremists, Syria continues to unravel, Iraq is volatile and Yemen is in chaos.

“I think we are looking for some form of security guarantee, given the behavior of Iran in the region, given the rise of the extremist threat. We definitely want a stronger relationship,” said Yousef Al Qtaiba, the United Arab Emirates’ ambassador to the United States.

“I don’t believe there’s a single GCC country that doesn’t think a defense shield for the region is a bad idea. I think everyone’s on board,” Qtaiba said. “The challenge is how do you turn on a regional defense system when different countries are purchasing different equipment and at different paces? How do you link it? How do you get the radars to talk to each other?”

A high-level Saudi official told The Associated Press in Riyadh that his country wants a defense system and military cooperation similar to what the U.S. affords Israel. The official, who spoke on condition of anonymity because he wasn’t authorized to disclose details of the Saudis’ wish list at the summit, said they also want access to high-tech military equipment, missiles, planes and satellites, as well as more technology and training cooperation with the U.S.

The U.S. and five other nations are working to finalize a deal intended to stop Iran’s pursuit of nuclear weapons in exchange for easing penalties that are choking the Iranian economy. The White House says the Gulf countries would be better off with an agreement that blocks Iran’s path to an atomic weapon.

But the nuclear deal is not the only source of unease.

Arab allies feel threatened by Iran’s rising influence and they fear a nuclear pact will embolden Tehran. They worry that the deal would unlock billions of dollars that Iran might decide to use to further intrude in countries or support terrorist proxies.

Sen. John McCain, chairman of the Senate Armed Services Committee, said Obama will have to work hard to convince the Arab allies that they do not need to fear fallout from any nuclear deal.

“Right now they feel that they have no support from this administration so he has a steep hill to climb,” said McCain, pointing to Saudi Arabia’s decision to act unilaterally in Yemen.

McCain, R-Ariz., said that’s why the Saudis gave Gen. Lloyd Austin, head of the U.S. Central Command, only “an hour’s notice they were going to strike Yemen.” Saudi Arabia has led airstrikes against Iranian-backed rebels who have toppled the Yemeni government.

Secretary of State John Kerry is optimistic, but declines to say exactly what kind of reassurances Obama is prepared to offer at Camp David.

“I can just tell you in general terms that they have to do with the intensifying and strengthening of the security-military relationship between the United States of America and the Gulf Cooperation Council countries, as well as dealing with new challenges that we face in the region, foremost of which is the Iranian interference in the affairs of the countries of the region,” Kerry said Friday in Paris.

He said U.S. officials were fleshing out a series of commitments that will create a “new security understanding, a new set of security initiatives,”

Saudi Foreign Minister Adel al-Jubeir said he expected the summit would lead to ways that “joint action will be more effective and more expansive in all areas, whether it relates to cybersecurity or defense against ballistic missiles or military training or equipping.”

Sen. Lindsey Graham of South Carolina, chairman of the Senate panel overseeing foreign aid, warns against the U.S. offering a massive arms package in exchange for Gulf nations’ support of a nuclear deal. Graham, R-S.C., said he isn’t opposed to upgrading the military capabilities of Arab allies, but “if it has a hint of being connected to the Iran deal, I will do everything I can to make sure they never get one bullet or one plane.”

Jon Alterman at the Center for Strategic and International Studies in Washington wonders if there is anything the United States can do that would reassure the Gulf states when it comes to Iranian expansionism in the region.

“It seems to me that where they most want reassurance is where the U.S. is both least able and most unwilling to provide it,” he said. “My guess is that the summit is going to leave everybody feeling a little bit unsatisfied.”