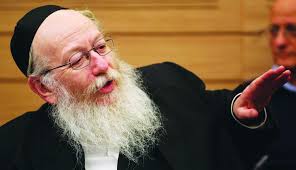 While Yahadut Hatorah Chairman Yaakov Litzman announced earlier this week he is unwilling to sit in a coalition with the Yesh Atid party, MK Uri Maklev announced he would not rule out bringing in Yesh Atid to expand the coalition.

Maklev told Kol Berama Radio “We do not rule out anyone unlike others who did [rule us out]”.

“We know what is needed and we do not look at the person. We are flexible regarding this. We are calling for as large a coalition as possible” he added.

Earlier in the week Litzman admitted that a coalition of only 61 is problematic and there is a need to bring in other parties. He stated that Yahadut Hatorah is open to additional parties entering the coalition but not Yesh Atid.