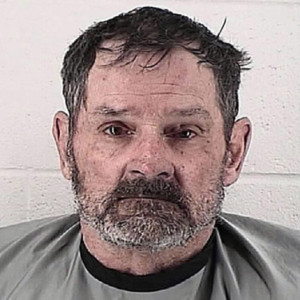 A Missouri man charged with killing three people at two Jewish sites in suburban Kansas City fired his attorneys Thursday and will defend himself in his death penalty case.

In allowing Frazier Glenn Miller to dismiss his defense team, Johnson County District Court Judge Kelly Ryan said the attorneys could still help with him procedural aspects of the case, such as filing motions.

Miller, 74, of Aurora, is accused of fatally shooting William Lewis Corporon, 69, and his 14-year-old grandson, Reat Griffin Underwood, at the Jewish Community Center of Greater Kansas City in Overland Park, Kansas, on April 13, 2014. Minutes later, Miller killed Terri LaMano, 53, at a nearby Jewish retirement home where she was visiting her mother, prosecutors said.

He has also told media outlets that he planned to kill Jews and didn’t know none of the victims was Jewish. He called the slayings justified, though he said he regrets killing the 14-year-old.

He told The Associated Press last month that he plans to plead guilty to capital murder but he wants to use his sentencing hearing to voice his anti-Semitic beliefs without interruption. He said he wants to plead guilty to avoid a lengthy trial because he suffers from chronic emphysema and believes he has only a few more months to live.

“I’m not sure I have the stamina to go through all of that,” he said. “I want to get it over with.”

Miller, also known as Frazier Glenn Cross, is a Vietnam War veteran who founded the Carolina Knights of the Ku Klux Klan in his native North Carolina and later the White Patriot Party.

He was the target of a nationwide manhunt in 1987, when federal agents tracked him and three other men to a rural Missouri home stocked with hand grenades and automatic weapons. He was indicted on weapons charges and accused of plotting robberies and the assassination of the Southern Poverty Law Center’s founder. He served three years in federal prison.

Miller also ran for the U.S. House in 2006 and the U.S. Senate in 2010 in Missouri, each time espousing a white-power platform.