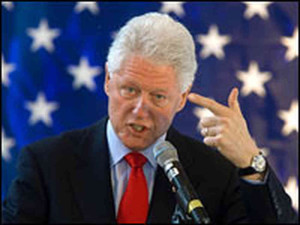 A House panel has approved a bipartisan bill that would limit expenses for former presidents who earn more than $400,000 a year.

Former presidents receive a pension of more than $200,000 a year, plus annual expenses that can add up to more than $1 million for office space and other costs.

On a voice vote, the House Oversight panel backed the measure on Tuesday to limit taxpayer dollars for expenses, including travel.

Both Clinton and Bush have earned millions in speaking fees since leaving office. Clinton and former first lady Hillary Rodham Clinton said they earned more than $30 million since January 2014.