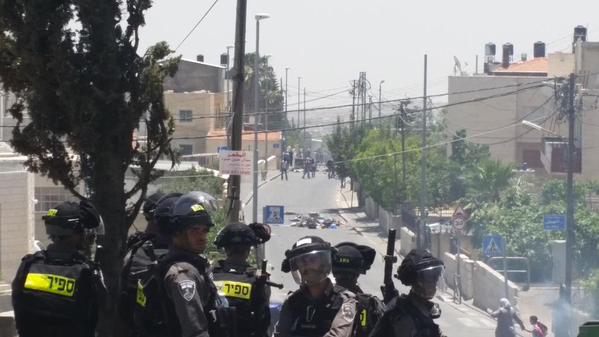 Residents of Jerusalem’s Arab Jabil Mukhaber neighborhood were not remorseful and sorrowful after one of their neighbors were shot dead while perpetrating a vehicular terror attack earlier in the day, but they preferred to attack police with fireworks and stones and block neighborhood streets.

Police in riot gear were standing by following the latest Arab vehicular attack in the capital which left to policepersons wounded, one in light condition and the second with moderate injuries. The two were transported to Shaare Zedek Medical Center in the capital. The terrorist, Amran Abu-Dahim, 41, was shot dead by police at the scene.