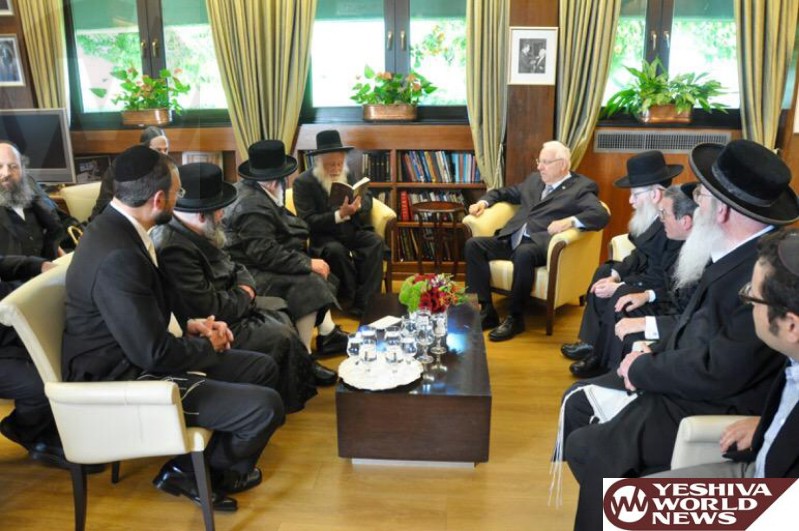 Following the meeting between President Reuven Rivlin and Admorim and Roshei Yeshiva Shlita, Mr. Yitzchak Ravitz, husband to the president’s bureau chief, spoke with Kikar Shabbos News. The meeting was to discuss ways Mr. Rivlin might be able to assist Mordechai Yitzchak Samet, who is serving a 28-year prison term in a US federal prison.

Mr. Ravitz explained a number of hours following the meeting that President Rivlin does not have the tools to assist Samet. Ravitz labeled the meeting “one of historic proportions”, adding he does not recall a time when so many gedolei Torah met with the president of the state in the past.

They discussed items of relevance, including the matter of Samet’s case. Ravitz stated the president seemed genuinely interested in hearing the opinion of the gedolim on various issues. He added that Mr. Rivlin always maintained a good connection with rabbonim; as a MK, Knesset speaker and now as president of the state.