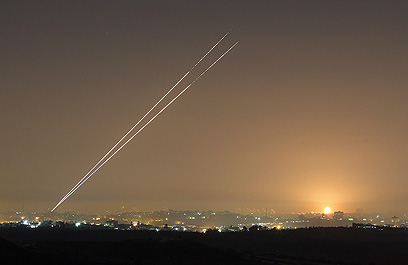 Just after 9 p.m on Tuesday evening, red alerts sirens went off  in Ashdod and Lachish near Kiryat Gat in southern Israel  An IDF Spokesperson confirmed that one rocket landed near Gan Yavne.

It is currently unclear as to how many rockets actually fell in Israel, some media outlets are stating that there was ‘an attempt to fire four rockets into southern Israel’ while others are saying that  ‘three or four rockets had landed in open territory inside Israel’s borders’  but these reports have not yet been confirmed.

Other unconfirmed reports that  Islamic Jihad are claiming responsibility for the rocket attack on southern Israel tonight.

Stay with YWN As this is a developing story,