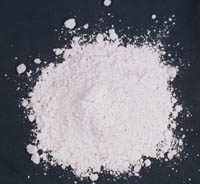 A hazardous materials incident was reported in Bnei Brak. A resident opened an envelope that contained while powder. This occurred on Kovlovsky Street in the Torah city. The 30-year-old man felt dizziness and nausea after opening the envelope. He was transported to an area hospital, where his condition was listed as light. Police have been notified and an investigation is ongoing.

According to Ichud Hatzalah EMT Dovid Cohen, “A 30-year-old man received an envelope that contained a white powder in the mail. The letter arrived at his home. After opening it and coming into contact with the powder he felt dizzy and nauseous. I treated him and he was transported in a Magen David Adom ambulance to the hospital for testing”.

Police officials in the Dan Region reported on Tuesday, 8 Sivan that the white powdery substance is not a dangerous substance. This is based on lab testing of the envelope’s contents. Police admit they do not have an explanation as to why the many became dizzy and nauseous. The investigation is continuing.