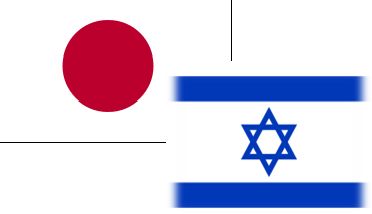 The first economic talks of their kind will take place between the Ministries of Economy of Israel and Japan (METI) in Tokyo this week. Ohad Cohen, Head of the Foreign Trade Administration (FTA) in the Israeli Ministry of Economy will lead the talks along with his Japanese counterpart, Mr. Hideo Suzuki. The talks are part of Israeli government efforts to strengthen economic ties with Japan.

During the talks, topics related to Japanese imports and exports will be discussed, as will cooperation between the two ministries towards promoting exports and foreign investment. The FTA aims at holding such talks annually to help find specific solutions to obstacles facing Israeli and Japanese businesspeople and to work together with the Japanese Ministry of Economy, Trade and Industry to strengthen commercial ties.

Israeli Minister of Economy Aryeh Der said “We see great importance in the Japanese market, one of the world’s largest economies, and we believe that this meeting will help Israeli exporters operate in this large, important market. The Ministry of Economy is working towards strengthening cooperation with Japan and increasing our exports to the country, and accordingly we will launch a targeted aid program in this area.”

Ohad Cohen, Head of the Foreign Trade Administration in the Israeli Ministry of Economy stated “The Japanese economy and society have been undergoing a unique process of change and openness, which presents a golden opportunity for Israel – as a source of knowledge and global exporter of advanced technology – to increase cooperation and tighten economic relations with this country.”

Noa Asher, Head of Israeli Economic and Trade Mission to Japan added “Following years of efforts on the Israeli side to promote these talks, one of the reasons for the dialogue at this time is the tightening relations between Israel and Japan. This is due, amongst other things, to the mutual visits of the Prime Ministers of Israel and Japan in May, 2014 and January, 2015, together with high-ranking business delegations. This dialogue and the expected results will strengthen economic cooperation between Israel and Japan in the future.”

According to the Foreign Trade Administration in the Israeli Ministry of Economy, total trade between Israel and Japan stood at $2.3 billion in 2014, with exports to Japan reaching $800 million and imports $1.5 billion.

NY Touts Unemployment System, Even As Some Still Face Issues