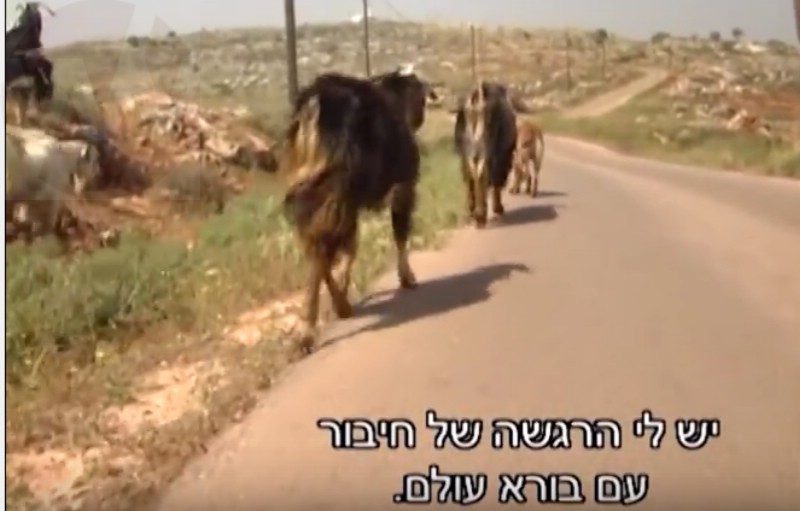 One hundred duman (25 acres) of grazing land was destroyed in an arson terror attack in the Shomron near Yishuv Tapuach on Sunday, 8 Elul. Veteran resident and sheep farmer Avraham Hertzlich explains the blaze that was intentionally started by Arabs close to 13:00 on Sunday resulted in significant damage. It is estimated the immediate damage is in the hundreds of thousands of shekels. Mr. Avraham Hertzlich explains the situation is nothing short of madness. He built a fence around all the grazing area damaged in the latest fire, which is one of five arson terror attacks in recent years. He emphasizes that a state grazing authority undertook major funding of the border fence and yet another state agency, in this case the IDF Civil Administration, dismantled it. He explains the Civil Administration claims the land belongs to a one Muhmad Sheaf, adding “no one knows who this person is”.

Hertzlich, a veteran resident of Tapuach and a long-time sheep farmer in the area is well-acquainted with the land situation in the area as well as the Arab villagers surrounding Tapuach. He explains the absurd, that his grazing area is recognized by a state agency yet the IDF agency feels differently, and moves in and destroys the border fence. Hertzlich details that since the Arabs in the area made off with a small herd, 17 head, followed by the theft of over 350 head, he was left with only 20 head of sheep. He details that since the theft there has been a fire every year, “At the same time, near the end of the summer”, blaming the IDF authority for the Arab boldness to act as they do. “The point is the State of Israel on the one hand is fighting for land and on the other hand, the state is yet to decide the land is hers. The default seems to be land is owned by the Arabs so from their part, the Arab view us as occupiers and feel free to do as they wish, including attacking us over and over again”.

Yossi Dagan, who heads the Shomron Regional Council adds “Once again we are exposed to the foolish behavior of the State of Israel which is acting like a man with a split personality when it comes to Yehuda and Shomron. On the one hand it fights with all means at its disposal in the land war yet on the other hand it declares that land does not belong to it. The time has come for the nationalist government to change its language and that all land throughout Yehuda and Shomron belongs to Israel unless proven otherwise”.