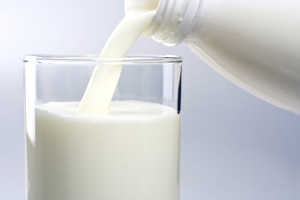 The Grade A Pasteurized Milk and Milk Products Act had allowed the sale of milk from any hooved animal, “including milk from pigs and camels,” said Rabbi Sholem Fishbane, Kashrus Administrator of the Chicago Rabbinical Council. This allowed for the possibility that milk from a non-kosher animal could be added to cow’s milk, and it still would have been labeled as milk. The new bill requires that even the smallest amounts of milk from any animal source other than a cow not be sold unless it is labeled accordingly.

The efforts began when a consumer read about the act online and alerted Rabbi Fishbane, who contacted Senator Silverstein. The Senator agreed to sponsor the legislation, and asked the cRc to join him in crafting an amended bill.

In March, Rabbi Yona Reiss, Av Beth Din of the cRc, traveled to Springfield, Illinois with Senator Silverstein to lobby the Illinois General Assembly. Rabbi Reiss, a graduate of Yale law school, presented before the legislature, met with key
figures, and crafted language in negotiation with other special interest lobbies in order to make sure to protect the Jewish consumers who rely on such legislation to be able to consume milk and milk products.

“It is now a clear violation of law if milk from a non-kosher animal is sold without proper labeling,” explained Rabbi Reiss.

“Rabbi Reiss did an outstanding job explaining the whole issue to the committee,” said Senator Silverstein. “He [Rabbi Reiss, himself] rewrote the bill several times.”

“The cRc is protecting the Jewish community to make sure …milk is kosher. They did the right thing going to the Illinois General Assembly to resolve this issue,” said Senator Silverstein.

Rabbi Fishbane noted that it is significant that it was a consumer who initially informed the cRc about the act. We “can service people better when consumers work together with us,” he said.