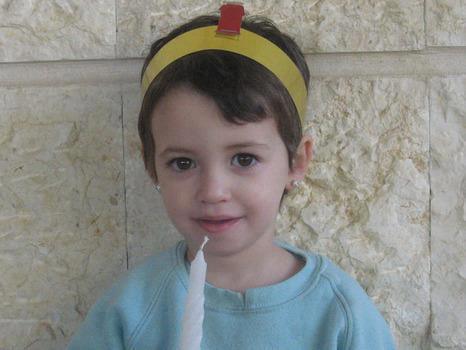 Adele is the name of the baby girl born to a young couple from Nof Ayalon. The couple decided to name their child in memory of Adele Biton, a 5-year-old victim of Arab terrorism.

The proud father, Ariel Liss told 0404 News “There is not family connection between us and we do not know the family. It was clear to us that if a girl is born that we would name her after Adele HY”D. We were pained to the sore when she died, as was all of Am Yisrael. The continuation is important and we decided to use the name Adele who became a daughter of all Am Yisrael”.

Ariel, who made aliyah ten years ago adds “I wish the Biton family only bsuros tovos following the heart retching ordeal”.

Nof Ayalon is no stranger to tragedy as one of the three Gush Etzion kedoshim HY”D was from there, Naftali Frenkel HY”D.