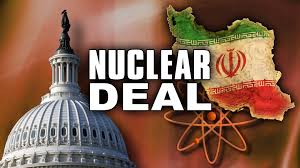 This Wednesday at 6pm at the Brooklyn Jewish Children’s Museum, Councilman David G. Greenfield, Senator Jesse Hamilton and Assemblyman Dov Hikind will host a rally to call on Brooklyn Congressmembers to oppose the Iran deal. Greenfield and the other Brooklyn elected officials will rally to urge their colleagues in Congress to oppose the deal with Iran. The museum is located on 792 Eastern Parkway in Brooklyn. Everyone who is opposed to the deal is encouraged to attend Wednesday’s rally.

“I am proud of Senator Schumer and other members of New York’s congressional delegation for opposing a deal that paves the way for Iran to get a nuclear weapon. This is a bad deal for America. It is time that our Brooklyn representatives followed Senator Schumer’s lead and let President Obama know that we can negotiate a better deal for America,” said Councilman Greenfield.

“Iran Nuclear Deal supporters focus on the early years. Well, what happens when Iran receives generous upfront sanctions relief? When tens of billions of dollars go to terrorist groups like Hamas and Hezbollah or to groups who have plotted attacks in Buenos Aires, Berlin, Jerusalem, and Washington DC? And further down the line, this deal allows restrictions to phase out over time. I stand with my community in demanding a better deal: prevent sponsorship of terror, stop Iran menacing us and our allies, and don’t rely on trusting words from Iran to assure our security,” said NYS Senator Jesse Hamilton.

“The deal with Iran is an incredible threat to our allies in the Middle East and ultimately to the United States. We’re dealing with the world’s number one state sponsor of terrorism, responsible for the deaths of many Americans. As more information comes out about this deal, Americans are overwhelmingly against it. This is one of the most critical issues we have ever faced and I call upon fellow legislators in Brooklyn to reject the deal,” said Assemblyman Dov Hikind.

Congress members Yvette Clarke, Hakeem Jeffries, Nydia Velazquez, and Carolyn Maloney have yet to make a decision. Congressman Nadler angered his Brooklyn constituents last week when he announced his support for the deal.

The rally will begin at 6pm on Wednesday at the Jewish Children’s Museum in Crown Heights. The elected officials urge participation from the public.