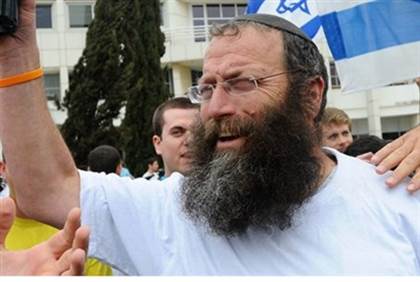 A large force of Yassam police surrounding the kenos held in Nof Ayalon on Thursday, 12 Elul, a kenos addressing the recent wave of administrative arrests and orders limiting the movements of recipients issued against right-wing Jews. Attending the kenos were rabbonim, public officials and activists. Five recipients of administrative order limiting their movements who were attending the event were arrested.

According to eyewitnesses, police erased video footage taken on smartphones by participants in the event as the videos document activities of police, as the latter claimed some of the persons seen in the video were ISA (Israel Security Agency – Shin Bet) agents from the Jewish Unit and their identities must not be revealed.

Also present was the director of Honenu, Shmuel Medad, who expressed outrage over the actions of police. He stated it is unacceptable that police act as they see fit without regard for the law and rights of individuals. He lamented the fact that police operate under such orders, permitting them to do as they please.