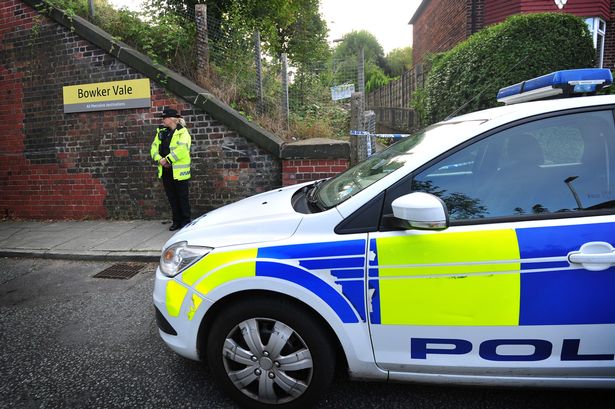 A security alert has been sent to synagogues across Greater Manchester after a vicious hate-attack on four young men at a Metrolink station.

One 17-year-old is in a drug-induced coma after suffering a bleed to the brain in the attack at Bowker Vale station on the Manchester Victoria to Bury line. He remains in a serious condition.

Three other victims, two aged 18, and a 20-year-old were also assaulted.

Now the Community Security Trust, which exists to protect the Jewish community, is sending a security notice to synagogues and other Jewish organisations in the region.

The attack happened at 11.40PM on Saturday and followed anti-Semitic verbal abuse.

In a statement CST said: “CST is liaising with the families and has been asked to help request that prayers are said for the recovery of the hospitalised victim.

“CST is also in close contact with Greater Manchester Police, who are mounting a full investigation into this serious and deeply troubling attack.

“The police state that they are now ‘following up a number of positive lines of enquiry’.

“CST utterly condemns this assault, which appears to have been the consequence of the type of random and thuggish street anti-Semitism and violence that is all too common: even if it does not usually have such an extreme outcome.

“There is no reason to suggest that the attack was either pre-planned or in any way connected to international terrorism, but it has understandably caused much concern and distress within the Jewish community of north Manchester.

“CST entirely shares these worries, and we will continue working with the victims’ families, our Jewish community and local police in every way possible at this time.

“The assault confirms the need for security measures as already fully planned by CST, synagogues and Greater Manchester Police for the imminent High Holy Days of Rosh Hashanah and Yom Kippur.

“CST urges our Jewish community to continue fully leading its way of life at this time, but asks that incidents of anti-semitic behaviour be reported to CST’s office and police.”