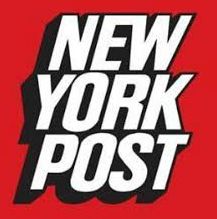 The following is a true record of events regarding an institution that is close to our hearts. The institution was located in a community where many of our children currently reside. It is a most unfortunate story.

INITIALS ARE BEING USED

Initials and first names only have been used so as not to disclose the identities of the parties involved. The truth is, however, that perhaps their identities should be disclosed. If we do not disclose them, the lessons contained in this narrative will not be learned. Some may think that the disclosure of the names of the parties involved might constitute Lashon Harah. The 5TJT editorial staff believes otherwise, but if you feel differently, you will be warned with ample time.

“Ben N.” is a well respected and reputable individual – well-liked both by the Rabbinic and Jewish political establishment, and especially by Rabbi G, the head of the institution involved.

“Yochanan” is someone that thinks differently. He has a very low regard for “Ben N” – suspecting him of very base motives. The atmosphere, however, in the community is one of strong appreciation and regard for the laws of Lashon Harah. It seems that anything Yochanan will say will be dismissed. He will be labeled as a “Baal Lashon Harah.”

“At least listen, then decide..”

“I need you to stop this Lashon Harah immediately. Period. End of story.”

5TJT EDITORS BELIEVE THAT THIS NEWS ARTICLE IS NOT LASHON HARAH. HOWEVER, IF YOU FEEL THAT THIS IS LASHON HORAH – DO NOT READ FURTHER AS MORE DETAILS WILL EMERGE REGARDING THE IDENTITIES OF THE INDIVIDUALS INVOLVED AS WELL AS THE INSTITUTION.

The end of the story is not pleasant. Ben N ultimately brought tragedy and shame to the institution. A tremendous Chilul Hashem ensued. Rabbi G’s actions were deplorable. He should have, at least, been concerned for what Yochanan was telling him. One might even place the blame of the tragic turn of events on Rabbi G himself.

Rabbi G should have listened to Yochanan about Ben N.

Unfortunately, he did not.

Tragedy ensued. Rabbi G died as a result of these events. More precisely, he died because of his excessive caution in regard to the laws of Lashon Harah.

For those who haven’t realized, these are the events that precipitated Tzom Gedaliah.

The point is that while it is important to carefully observe the laws of pure speech – there is a flip side that is all too often ignored. Warnings should both be issued and heeded. When we refuse to heed warnings, and tragedy ensues, the person who refused to take protective measures is actually to blame.

This is what lies behind Tzom Gedaliah. It is a fast day that commemorates a tragic time in our people’s history, one that the Gemorah (RH 18b) equates with the destruction of the Beis HaMikdash itself – a jarring thought.

And yet perhaps even more jarring, are the words of the Panim Meiros on the Yerushalmi in Horios (3:5). Gedaliah caused his own death. He was, himself to blame, not only for his death but for those of thousands of others.

When people erroneously forbid information from being disseminated on account of thinking that it is Lashon Harah and that it is absolutely forbidden to pass on the information, people cannot take protective measures. At times, this too can be quite devastating.

Gedaliah Ben Achikam was one of the Gedolei HaDor of his generation. It is a perhaps little known fact, but he was also a Navi. Indeed the Gemorah (Rosh HaShana 18b) explains that Hashem Himself (Zechariah 8:19) equates the death of this great Tzaddik with the destruction of the Bais HaMikdash! Rarely if ever do we find such testimony as to the stature of any individual. Hashem himself is his character witness.

The future of Klal Yisroel was in the hands of this great Tzaddik and Gadol. His decisions were of paramount importance. Notwithstanding his greatness and piety and the fact that he was a prophet of Hashem, Chazal tell us that he made a crucial error in halacha and in its application. Gedaliah refused to take protective measures against Yishmael, when he was warned by Yochanan Ben Korayach of Yishmael Ben Nesanya’s malevolent intent (Yirmiyahu 40:16). The consequences were quite grave indeed. Gedaliah and all his men were brutally murdered (Yirmiyahu 41:2).

The Gemorah tells us (Niddah 61a) that Gedaliah Ben Achikam misused the halachic concept of Lashon HaRah and applied it erroneously. It was a tragic error that resulted not only in his death, the scattering of the nation, but also in the loss of Klal Yisroel’s independence as a nation. Indeed, the repercussions of his error are still felt to this day.

The repercussions are felt in two ways. Firstly, they are felt in exact ramifications of his miscalculation – that the nation of Israel ceased to be an independent nation. But secondly, we still have not learned from his example. To this day, there are many well-meaning people who misapply the notion of Lashon HaRah in ways that can cause Klal Yisroel to err and err again.

The results of Gedaliah’s inaction were so grave that the Mesilas Yesharim (chapter twenty) notes that the Gemorah (Niddah 61a) considers it as if Gedaliah himself had killed all of his people! This is a remarkably thought- provoking notion.

At times, the sin of incorrectly “sounding the Lashon Horah warning” and ignoring the information is so grave that one who does so is considered the actual perpetrator of the repercussions that have transpired on account of the silence, whether it be theft, molestation or even murder.

The conclusions from this are quite clear.

Firstly, there is a fine line between protecting Klal Yisroel and violating lashon Horah, and, unfortunately, great people can err in this regard. There are times that it is crucial and imperative that information be given to ward off potential harm to others.

At the same time, there are situations where it is forbidden for people to believe the information, even though they may act upon it to protect themselves. There are also times when the information should not disseminated. No matter what, however, the decision should be made in consultation with Talmidei Chachomim who are attuned both to the need to protect others and to the law of Lashon Harah.

Incorrectly sounding the “lashon horah bells and warnings” when disseminating the information is the right thing to do – is a very serious offense. In Gedaliah ben Achikam’s case – it is akin to murder itself.

The unfortunate reality is that history repeats itself. In the past Jewish media sources, have responsibly reported information to warn others. The information ranged from warning about financial charlatans who prey on people in our community, and about other dangers to members of the community that can and have resulted in Chilul Hashem.

Today, is a day instituted by Chazal about avoiding the tragic error of ignoring warnings and of shooting the messenger. The errors of ignoring warnings were made by none other than the Gadol HaDor –a navi – Gedaliah Ben Achikam. Certainly, there is a profound lesson for all of us to be learned from here.

Chazal place the blame of the tragedy on Gedaliah himself. Yochanan Ben Karayach’s warning about Yishmael Ben Nesanyah should have been heeded. If Gedaliah Ben Achikam would have done so, the narrative in the beginning of this article never would have transpired. The Chillul Hashem in this article did not appear on the pages of the NY Post. The picture was used because, unfortunately, many Chilulei Hashem do appear there. It is, of course, not a recommended site for numerous reasons.