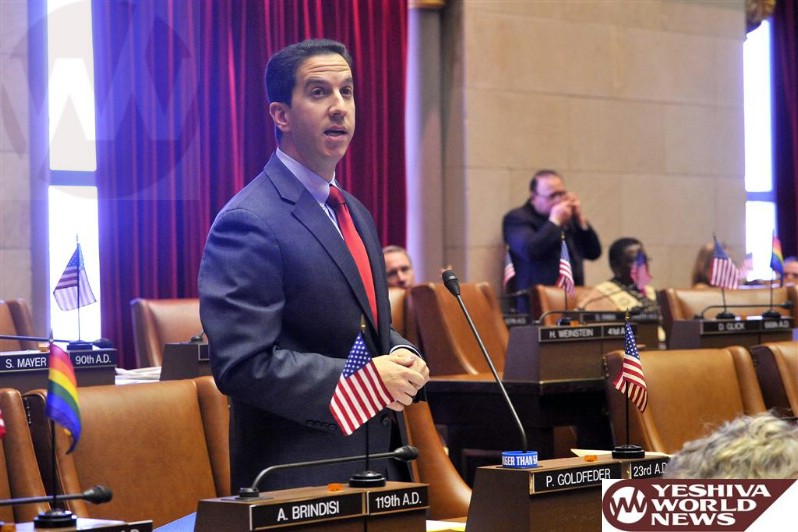 “With more than 37,000 employees and countless visitors, JFK Airport is as much a neighboring community as it is a transit hub. That’s why it’s so important that the companies operating at JFK do their part to be good neighbors to our families in southern Queens,” said Assemblyman Phil Goldfeder. “I’m pleased to learn that many of the airlines at JFK are already taking the necessary steps to alleviate parking problems in the community. I look forward to working with all businesses at JFK as we work to provide some much-needed relief for our families.”

“It is vital that all those employees and travelers at JFK Airport do their part to be good neighbors,” said Councilman Eric Ulrich. “I applaud the airlines that pride themselves on being good community partners who have already taken the necessary steps to prevent their employees from parking on residential streets.”

In letters sent last week to Assemblyman Goldfeder and Councilman Ulrich, three major airlines at JFK airport – Cathay Pacific, jetBlue, and Lufthansa – have confirmed that they provide parking spaces, transportation reimbursements and shuttle services to employees. According to Cathay Pacific Senior Vice President Philippe Lacamp, all its employees park onsite or use mass transit, adding there is “no need” for any of its employees to park in local community areas.

jetBlue President and C.E.O. Robin Hayes wrote the legislators to confirm that the airline provides “paid parking or transit reimbursement to all [its] crewmembers.” jetBlue also offers shuttle service from employee lots to its Terminal 5 hub, as well as from Forest Hills to the terminal and the company’s maintenance hangar, Hayes stated.

Lufthansa Vice President Juergen Siebenrock declared that “none of [the airline’s] employees are parking in the residential areas of JFK,” adding that they provide employees with access to Port Authority lots and have 300 on-site parking spots available for cargo employees at its JFK cargo facility.

Delta and American Airlines both contacted Assemblyman Goldfeder to confirm that they too provide parking for their employees. All airlines pledged to work with the legislators on maintaining good relations between the airport and surrounding communities.

Last month, Goldfeder and Ulrich wrote letters to the top ten airlines operating out of JFK, as determined by the latest Airport Traffic Report made available by the Port Authority. This came in response to reports of JFK employees parking in nearby residential neighborhoods to access AirTrain stations. The practice takes up valuable parking spaces and increases traffic on otherwise quiet residential streets, the officials stated at the time.

The airlines’ response comes shortly after Goldfeder and Ulrich met with the Transportation Security Administration to discuss regular reported sightings of TSA officers in uniform engaging in the practice. According to the TSA, the agency has taken steps to prevent the problem, including publishing notices in employee newsletters urging against the practice.

At the meeting, TSA officials also confirmed that the agency is currently negotiating new parking and public transit subsidies for workers. This, TSA declared, would help alleviate the issue. According to American Federation of Government Employees (AFGE), the union representing TSA officers, contract negotiations began this summer and are expected to continue into December.

For their part, Goldfeder and Ulrich have made clear their plans to continue advocating for families dealing with the parking nightmare. Just recently, the legislators announced plans to address the board of the Kennedy Airport Airlines Management Council (KAAMCO) to bring residents’ concerns to the wider JFK business community. The officials’ offices are currently in contact with board leadership to confirm attendance.

According to its website, KAAMCO is an association comprised of Station Managers of all scheduled airlines operating into and out of JFK Airport. The organization works closely with the Port Authority and other government agencies, as well as the JFK Chamber of Commerce, which represents all commercial and support companies at the major hub.

The next KAAMCO Monthly Meeting is scheduled for October 14th.