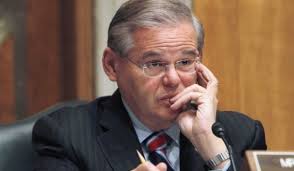 U.S. Sen. Bob Menendez’s corruption trial has been delayed, likely until the fall of 2016, after a judge decided Thursday to leave time for appeals on pre-trial motions that could be appealed all the way to the U.S. Supreme Court.

U.S. District Judge William Walls announced the date change after attorneys for Menendez argued in court Thursday that the corruption case against him should be dismissed on multiple grounds.

The main argument is that a prosecution would violate the Speech or Debate clause of the Constitution, which protects lawmakers acting in the lawful course of their jobs.

In a 22-count indictment unsealed in April, the government said the New Jersey Democrat accepted luxury vacations and other benefits from Florida ophthalmologist Salomon Melgen in exchange for lobbying on behalf of his business and personal interests. Melgen is also charged.

Menendez’s legal team argued that contacts he had with federal Health and Human Services officials were policy discussions, not efforts to get Melgen off the hook for repaying nearly $9 million in Medicare overpayments.

A federal prosecutor said that there is evidence that Menendez was doing Melgen’s bidding through those meetings and argued that defense lawyers were mischaracterizing that evidence.

Walls said he would “bet you a nickel” that the nation’s top court wouldn’t take on a case on the Speech or Debate issue. But both sides expect an appeal to the 3rd U.S. Circuit Court of Appeals and probably to the Supreme Court.

Meanwhile, their lawyers mounted a broad attack on nearly every part of the indictment and much of the process leading up to the charges.

They argued that the grand jury that agreed to issue the indictment was not screened for biases against the senator, that prosecutors used hearsay evidence improperly and that they included salacious material to inflame the jurors.

The defense also asserted that there was no evidence that Melgen and Menendez struck a deal to do anything corrupt.

Walls told the defense lawyers that he was not swayed by the idea that the law could not have been broken because Melgen and Menendez are longtime friends.

“Friends can be corrupt,” said the judge, who challenged and cajoled lawyers throughout the hearing. “I can give you histories of politics in New Jersey where friends went to jail because they were corrupt.”

Defense lawyers also said investigators were wrong to use certain anonymous tips as the basis of seeking a search warrant.

Walls said scheduled a status conference on the case for Jan. 12 and left open the possibility of a spring trial. But he said with the appeals, a six-week jury selection process and an eight- to 12-week trial, that’s unlikely. The trial had been scheduled for next month.