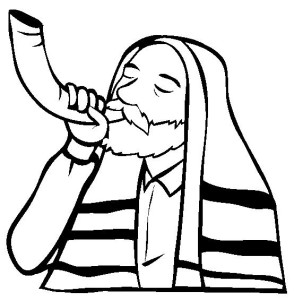 There is a fascinating story found in the Abir HaRoyim #365 (Vol. II p.77) by Rabbi Moshe Yehudah Leib Yaakov from Sassov. The Abir HaRoyim is about the Sogetchever.

The story is about the Sogetchever’s father.

I will now tell you of my grandfather of blessed memory from Biala. He had the custom for many years to purchase an Esrog on Motzei Yom Kippur, when he would return from Shul – even before he recited Havdalah.

He never glanced at all at the Esrog. Rather, he purchased one from the Esrogim that were still covered by the Bandral (the equivalent of our sealed box). He would leave it in the box – entirely sealed and would only open it on the day of Sukkos – in the morning.

Time after time, and consistently, his Esrog was beautiful and perfect – more so than any other Esrog in town.

There was one wealthy individual in town who would pay fifty Rubles for a choice Esrog each year. Even still, my grandfather’s sealed Esrog was more beautiful than his.

Afterward, however, a few years before he passed away, he changed from his practice. He began to select an Esrog in the same manner that everyone else does. When I was a young child I requested of him to tell me his reason and his intent.

Originally, what did he think? And now, afterward, why was his rationale? Also, was not the Mitzvah in a state of danger? Perhaps it would not turn out to be a kosher Esrog! Perhaps he would be unable to recite a bracha on it!

He did not wish to respond to my questions at all. However, after many requests and demands he responded that it was obvious. Hashem created man honest and straight.

If so, if there is something good and something bad, how could it be that a person would end up taking something bad? However, sins ruin the limbs of man. Therefore, the hand begins to touch that which is bad. However, on Motzei Yom Kippur, where our sins have already been forgiven, it is a certainty that man will reach and achieve the good once again and not touch the bad.

But toward the end of his life, he was afraid to do this. For in one’s latter years it is impossible that the forgiveness of sins be entirely complete. For if this is not the case, how would it be possible for anyone to pass on and leave this world?

Since the forgiveness is not entirely complete, it is possible for a person to touch an Esrog that is not kosher or beautiful. There is a concern that the Mitzvah be endangered.

Furthermore, until one’s very last days a person must serve Hashem with Torah and Avodah. If he would then find out through his not having selected a nice Esrog that he would pass away that year, his service of Hashem will not be ideal and proper. Therefore he stopped this practice.

When I told over these things once to my uncle, the Sogetchover he responded, “This Cheshbon Hanefesh is pas for the Baal Shem Tov!”

The original Hebrew page can be viewed at