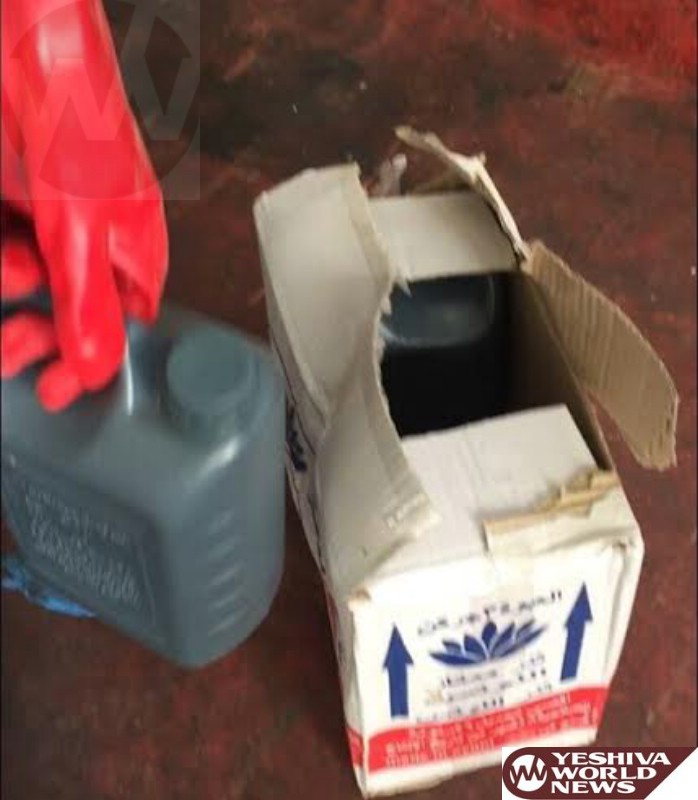 Customs agents at the Nitzana Crossing to Gaza intercepted a shipment of 15 tons of sulfuric acid being smuggled into Gaza. The chemical officials explain is used to manufacture explosives.

Working with agents of the ISA (Israel Security Agency – Shin Bet), customs officials intercepted the shipment before it could make its way to Gaza. The shipment contained 30 tons of paint thinner, of which 15 tons was sulfuric acid, which was detected due to the strong odor emanating from the shipment. The experts add that the 15 tons of sulfuric acid can manufacture 3 tons of TNT explosives.