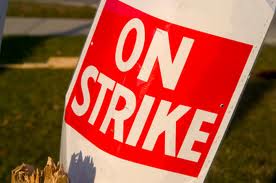 Agreement has been reached bringing an end to the almost one month long school strike in Israel’s Christian sector. Tens of thousands of students who attend the Christian community schools did not return to their classrooms when schools opened on September 1st as community leaders explained the strike is open-ended, until the Christian community schools receive a fair share of government funding. Parents explained they are compelled to pay unaffordable tuition due to the lack of government funding, citing the Christian sector receives far less than the Jewish and Muslim sectors schools.

Upon hearing of the agreement President Reuven Rivlin stated “As we enter the festival of Sukkot, a time of coming together and celebrating diversity, I want to congratulate the Education Ministry and the leaders of the Christian schools, for reaching an agreement which will enable the schools to reopen, and the children to return to their studies. I believe this agreement was built by establishing trust between the two sides, and hope it will lead to the strengthening of relations moving forward.

“I wish the students and teachers much success for a productive and enjoyable year.”

The President had followed closely the developments in the negotiations throughout, and held meetings with the relevant parties at his office in recent weeks.