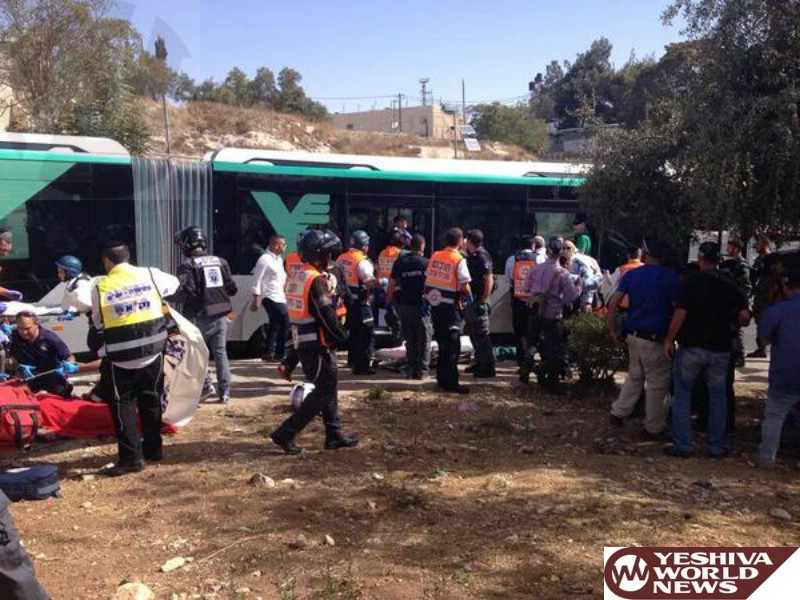 Two people were killed in the shooting-stabbing attack on aboard an Egged number 78 bus traveling on Olei HaGardom Street in the Armon HaNatziv neighborhood of Yerushalayim on Tuesday morning, 30 Tishrei. Ichud Hatzalah EMTs and paramedics were among the EMS personnel operating on the scene.

Ichud Hatzalah officials report treating 10 persons in serious and moderate condition. Other victims on the scene were less seriously injured.

FOLLOWING ARE THE BREAKING REPORTS FROM YWN AS THIS ATTACK UNFOLDED:

10:10: Emergency agencies are responding to a reported shooting attack on HaGardom Street in the capital. Magen David Adom has declared a mass casualty incident. It appears gunfire was directed at a bus. More to follow.

10:14: A terrorist stabbed one person on a bus on Olei HaGardom Street in the Armon HaNatziv neighborhood of the capital. There are also reports of gunfire at a bus.

Channel 2 senior correspondent explains the gunfire that was reported was likely gunfire directed at the terrorist, who was neutralized.

10:27: ZAKA: One dead and several seriously wounded on the scene.

The terrorists have been shot and appear in serious condition.

10:38: Two terrorist boarded a bus, one with a gun and the second a knife. They began shooting and stabbing passengers until a border policeman boarded and neutralized them. At least 16 wounded.

The wounded in the Jerusalem attacks are being transported to Shaare Zedek and Hadassah Ein Kerem Hospitals. There are at least three persons in serious and very serious condition from the two attacks.

10:50: ZAKA: One terrorist dead and the second in grave condition.

10:55: Two terrorists, in their 20s, got onto the bus and began stabbing and firing until neutralized by border police.

See Recap article for update on this and other earlier terror attacks. 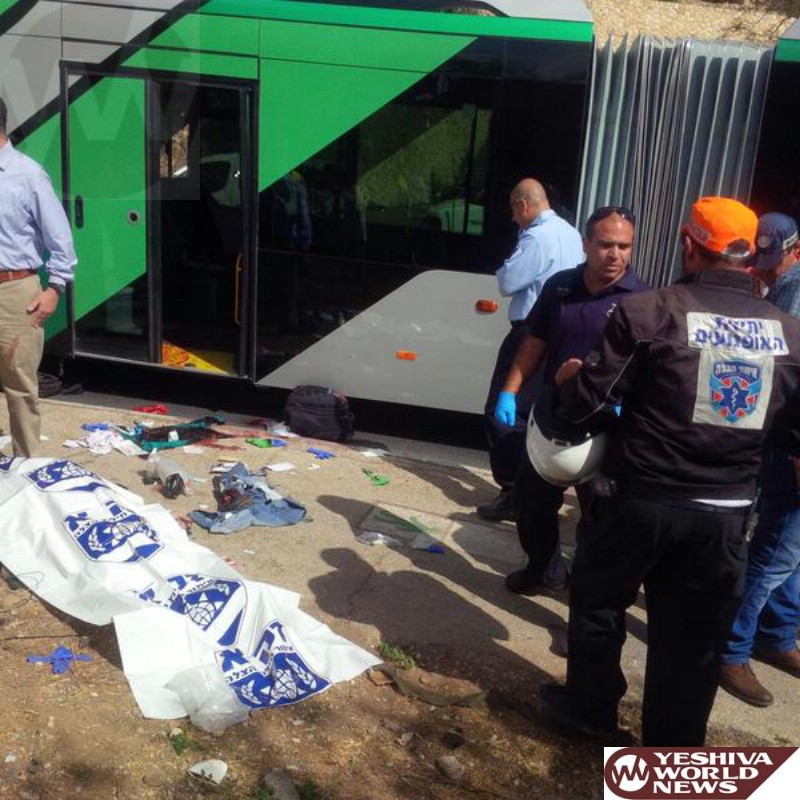 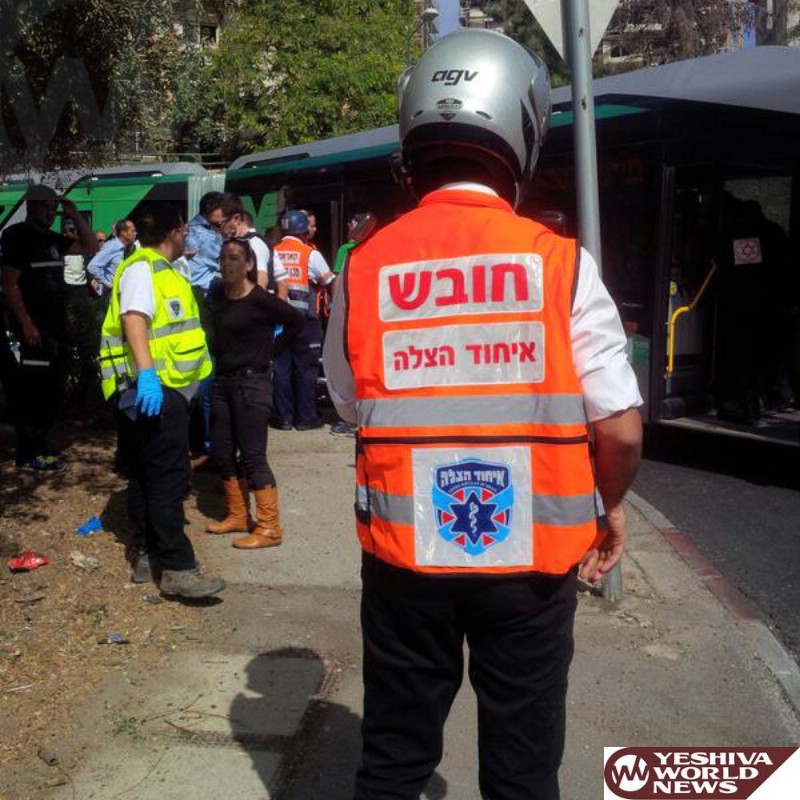 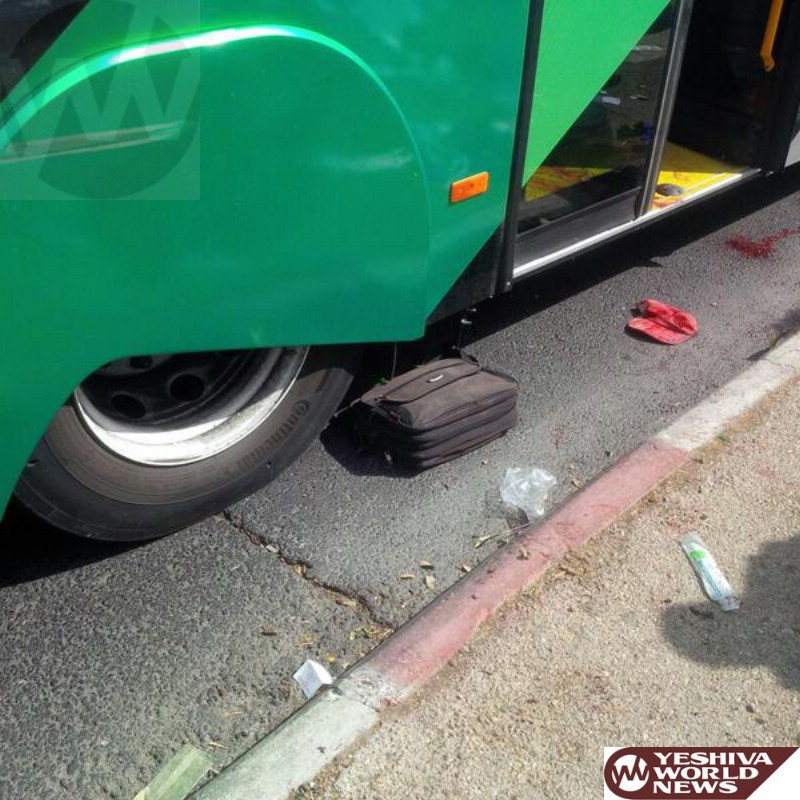 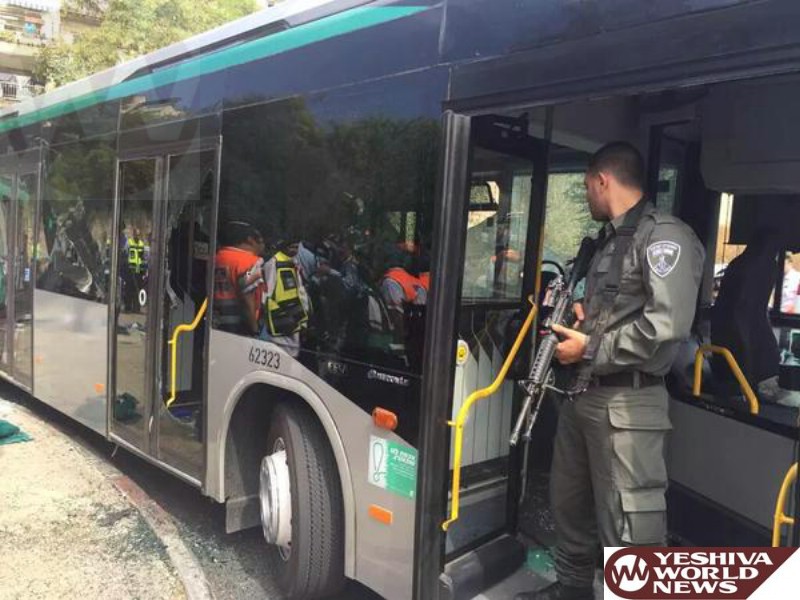 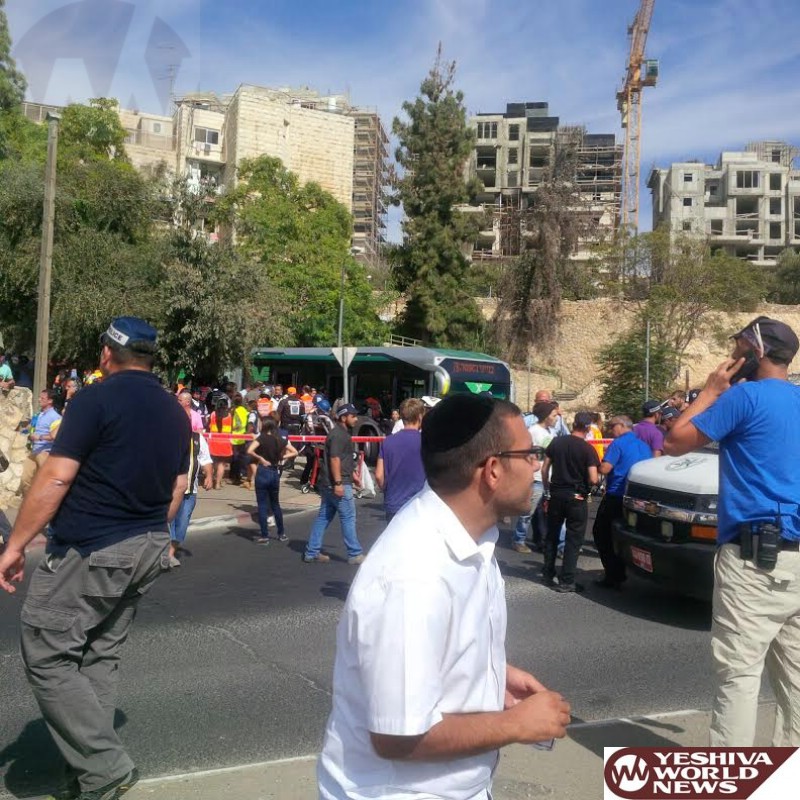