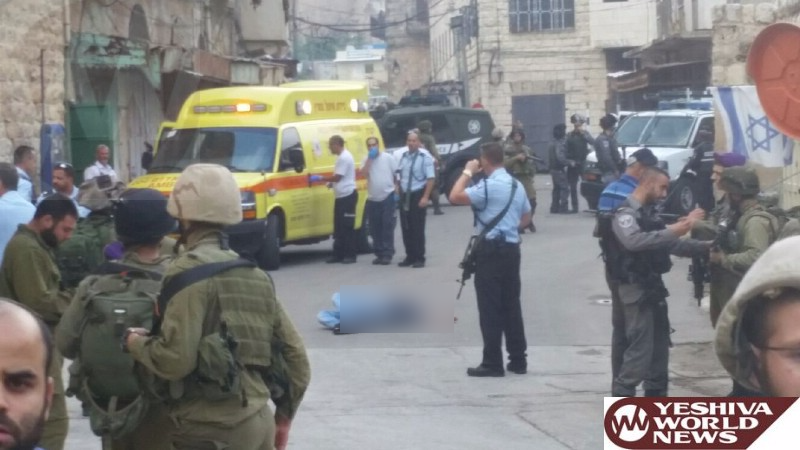 14:44: Preliminary response to a reported terror attack near the Me’oras HaMachpelah in Hebron. It appears to have been a stabbing attack. More to follow.

14:46: The terrorist was shot and killed according to a Hatzalah Yosh report.

14:47: B’chasdei Hashem, the quick response by security personnel led to the elimination of the terrorist without anyone injured in the attempted stabbing attack.

14:54: Update from Hatzalah Yosh. The terrorist is still alive, critically wounded. All personnel have distanced themselves from him as they wait for the bomb squad to determine there are no explosives as is feared to be the case.

14:58: Regarding the stabbing attack near Kiryat Arba earlier today, the wounded soldier is out of surgery in Shaare Zedek Hospital in Yerushalayim and is listed in serious/stable condition, sedated and connected to a respirator.