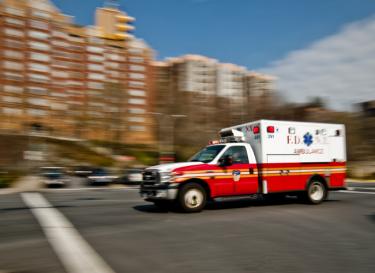 Police two people were slashed in the head aboard a C train in Brooklyn in what appears to be a random attack.

It happened on the Manhattan-bound subway around 3:45PM at the Fulton Street and Ralph Avenue Station in Bedford-Stuyvesant.

The victims, a 32-year-old man and a 23-year-old man, were slashed on the left side of their faces with a razor. None of the injuries are believed to be life threatening. They were taken to Brookdale Hospital for treatment.

There is no word yet on what led to the stabbing. The victims apparently did not know each other or the suspect.

The suspect, a 30-year-old man, was arrested and the weapon was recovered by police.