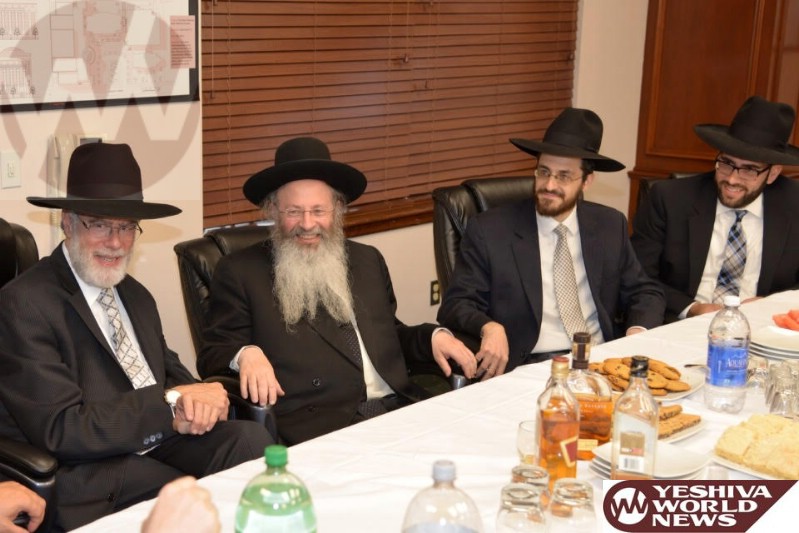 On Monday, November 9th, a group of Gedolei Torah and Bnei Torah gathered together at the home of Baruch Jeremias for a celebration. The evening event was an inauguration of what promises to be yet another step higher in Torah and Kedushah for the Tpheris Israel community of Chesterfield, Missouri, through the formation of a Chesterfield Kollel. The Yungeleit and Roshei Kollel were privileged to meet with Reb Malkiel Kotler and other honored Rebbeim and Rabbonim, including Rav Aharon Winter, Morah D’Asrah of Chesterfield, Rav Eliezer Herzka, Rav of Kehillas K’hal MeOhr Chaim, and Rav Chaim Herzka, Rosh Hayeshiva of Yeshivas Yaakov Yitzchok to mark the upcoming haschalah of this lofty venture and to hear divrei chizuk and bracha.

Tpheris Israel was established in 1883 in east St. Louis to welcome newly arrived eastern European Jewry. In 1973, under the direction of Rav Milton Polin and a group of praiseworthy pioneers, Tpheris Israel Congregation moved from east St. Louis to the suburban community of Chesterfield, Missouri. Through the years, under the direction of many distinguished Rabbinic leaders, the congregation admirably strove to hold on to their traditions and their heritage. When Rabbi and Rebbetzin Winter arrived in Chesterfield twenty six years ago, the city was but a small community searching for spiritual growth and the Rabbi and Rebbetzin had a mission. Imbued with the lofty ideals of Reb Henoch Leibowitz ztl, they believed that by simply introducing and presenting the emes of undiluted Torah to their Jewish brethren, no matter how unaffiliated, the Torah being taught would have the power to enter their neshomos and transform their lives. With the continued support of Reb Henoch, and the fact that nearly half of Chesterfield’s population of 47,000 are Jewish, the community saw incredible communal and spiritual growth. Over the next twenty five years, with the help of Hashem, the Shul thrived and the Baalei Batim developed deeper levels of shmiras haMitzvos and limud haTorah. These amazing families of Tpheris Israel supported their Rav in raising the mechitzah twice, building and maintaining an eruv, designing and building a beautiful Mikva, and most recently, in bringing a yeshiva high school and Bais Medrash, Mesivta D’Missouri, into the walls of their Shul, which now has over eighty boys learning in their brand new campus. Rabbi Winter would be the first to explain that through those years, all he ever did was showcase the beauty of Torah and stress the need for spirituality in our lives and that the Baalei Batim were always willing to be moser nefesh for the Shul and the community’s spiritual growth. Walk into Tpheris Israel today, and behold a frum, welcoming, diverse and ever growing community committed to deep Torah values. And now the next step: A full time Kollel with BMG yungeleit.

The idea of a Kollel Is Developed

Thanks to a combination of warm and wonderful Baalei baatim, a dynamic Rav, the physical beauty of a suburban Midwestern city, a Mikvah, an Eruv, a Yeshiva and an economically vibrant community looking and able to provide frum couples with employment, Chesterfield and the Shul continued to grow! A new trend had begun where young families began looking to relocate to smaller, more affordable “out of town” communities and many of them have chosen Chesterfield, Missouri. The many medical doctors and professionals in the Shul have consistently recruited, encouraged and helped many students, interns and new graduates secure positions in various institutions. An integral establishment for the growth of Chesterfield has been the expansion of MGM Healthcare, a skilled nursing conglomerate, managed and operated in part by Rabbi Yehudah Bienstock and Baruch Jeremias. In addition to tzedaka given world wide, MGM has continuously helped Chesterfield by hiring qualified professionals to fill a wide spectrum of positions and are committed to further Chesterfield’s vibrancy by continuing to offer eligible candidates interested in relocating employment options. Additionally, it is truly inspiring to learn of Rabbi Bienstock’s and Baruch’s strong belief that the fundamental means to their continued success, B”AH, is the Siyata D’shmaya associated with their support of Torah and unwavering partnership with various mosdos. Sparked by this recent communal growth, Rabbi Winter saw a need to heighten the Limud HaTorah in the community, and the Baal Habaatim, yet again, were looking to satiate their never ending thirst to further ruchniyus within their community… Thus the idea of a Kollel was born! 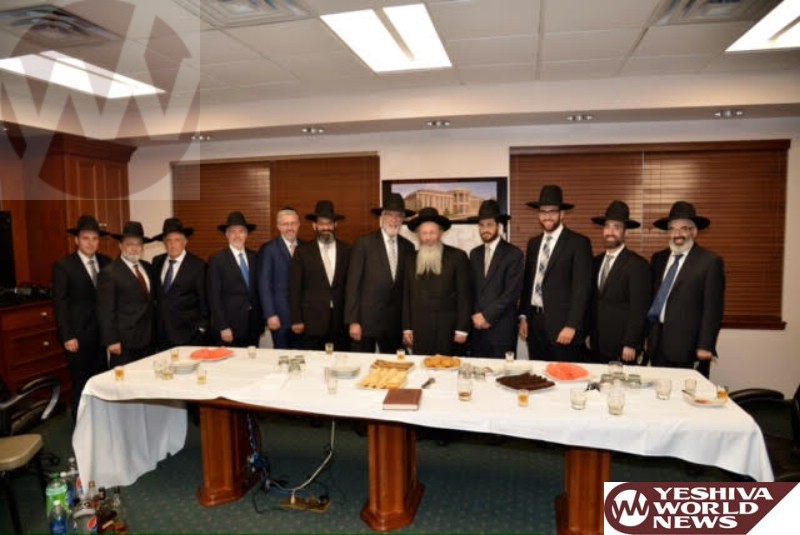 A Twist of Hashgacha

When Rabbi Moshe Winter, of Yeshivas Choefts Chaim, was contacted with the proposal to assemble and run the Kollel for Tpheris Israel, the search began for an additional leader who is a true Talmid Chacham and baal hasmada, with the koach to lead high caliber Yungeleit in learning. After months of searching, Rabbi Sroy Levitansky (head of Kollel development for BMG) in a stroke of pure Hashagacha, informed the Shul that he believed he had found the perfect candidate for Chesterfield, Missouri, Rabbi Yitzchok Winter. Reb Yitzchok is the son of the late Rav Kalman Winter of Silver Spring, Maryland and nephew of Rav Aharon Winter of Chesterfield. This opportunity was too great and providential for either the community or Reb Yitzchok to pass up, so together, Reb Moshe and Reb Yitchok, pulled together a team of four extraordinary Kollel families. During the beautiful evening event by Baruch Jeremias’ home, the new Yungeleit, Reb Pesach Ashkenazi, Reb Moshe Chaim Biron, Reb Yisroel Mair Frank, and Reb Yaakov Stein, had the opportunity to internalize the profound words of Reb Herzka and Reb Malkiel as they described the tremendous opportunity to uplift the entire community through strong heartfelt Torah learning and hasmada. The vision of Reb Aaron Kotler and Baruch Jeremias to tirelessly and selflessly build Torah across the Jewish divide gave all the attendees additional Chizuk for this Kollel and for the continued mission of Rav Aaron Winter to build Torah in the Midwest. With heartfelt and ever lasting gratitude to HaShem and siyata d’shmaya, the Kollel will be beginning in mid January to continue Chesterfield’s physical and spiritual growth.